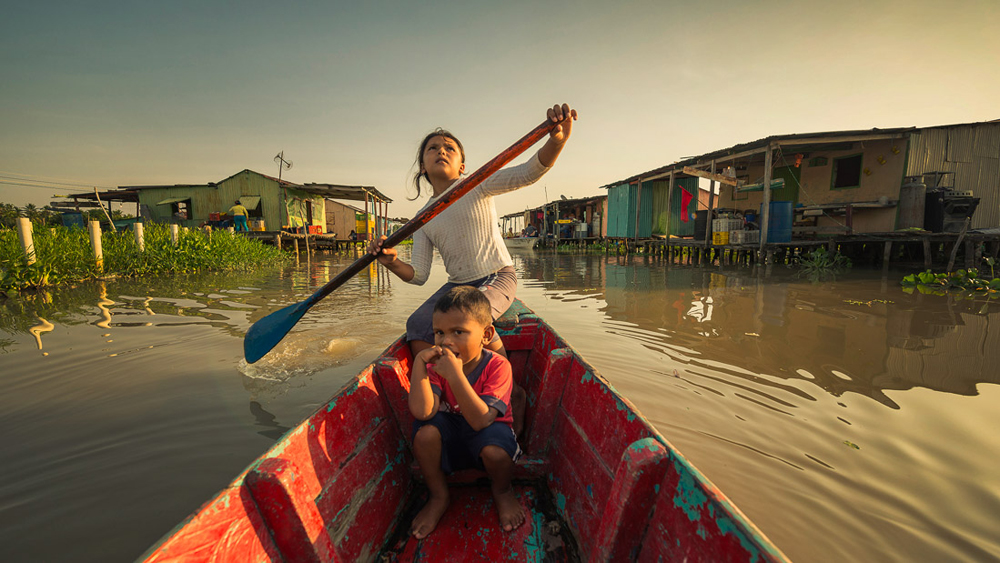 Still from Once Upon a Time in Venezuela

Our first ever online Graduate Showcase took place in January, sponsored by Panalux, Final Draft, and Sargent Disc. For one week, invited audiences logged in from across the globe to watch MA Filmmaking graduate films (totalling a remarkable collective viewing time of 900 hours), read reels of MA Screenwriting scripts, some of which were performed by Nothing to Perform, listen to our newest Honorary Associates’ speeches, browse MA International Film Business project proposals, and attend exclusive Masterclasses.

If you missed the Graduate Showcase, access a PDF copy of our Showcase Book here.

LFS Workshops is a range of short professional development courses, with the emphasis on practical and intensive learning experiences. Our programme has shifted online for the time being, with courses such as Writers’ Gym: Collaboration, a two-session course filled with tips and tools to navigate team writing, and Directing Commercials Bootcamp, a highly focused deep-dive into filmmaking for commercials and branded content. We also received funding from ScreenSkills to develop Advancing Your Career in the Art Department — a new course for experienced assistants looking for a step-up to art director.

Also featuring in the final British Independent Film Awards (BIFA) nominations are two LFS alumni: Kefi Chadwick, as part of the team behind Looted, nominated for the Raindance Discovery Award, and Ian Bonhôte with Rising Phoenix, nominated for Best Documentary.

Nominated at the upcoming Goya awards is alumnus Álvaro Gago for his short film 16 de Decembro.

Alumna Zhannat Alshanova was announced as the big winner of the 5th EWA Network Female Talent Award for her debut feature in development, A Winner is Seen at the Start, and was awarded the Development Award by Film Center Serbia and the Pop-Up Film Residency at the When East Meets West Co-Production Forum. Zhannat plans to produce the €350,000 feature through her production company Steppe by Steppe which she founded with fellow producer Yevgeniya Moreva following their collaboration on her short History Of Civilization which won a Pardino D’Argento in Locarno’s Leopards of Tomorrow competition last August.

MAF alumna Anabel Rodriguez Rios’ Sundance hit documentary, Once Upon a Time in Venezuela, has been put forward as Venezuela’s submission for Best International Feature at the Oscars.

MAS graduate Ameir Brown’s script Tivoli has made it onto the 2020 Brit List!

MA International Film Business course leader Victoria Thomas was nominated as Breakthrough Leader for the recently launched TV Collective (TVC) in partnership with Fremantle and Indigo Talent. The programme has been developed by TVC founder Simone Pennant MBE in collaboration with leading industry coach Remy Blumenfeld and aims to spotlight champion and support 50 middle-to-senior professionals from all areas of the TV industry to help them make major breakthroughs. The programme ultimately aims to establish a cohort of leaders that will help shape and redefine future leadership in the industry and act as a proactive catalyst for positive change. The selected 50 will be announced this month.

Behind the scenes photo from Moshe and Amira

Still from A Brixton Tale

MAF alumna Dornaz Hajiha was a winner of one of the Torino Film Lab Production Awards for her project Diaphanous.

Jaclyn Bethany’s latest film Highway One has been picked up for UK distribution by Bohemia Media and will hopefully enjoy a limited cinema release in 2021.

Fateme Ahmadi has been named as a recipient of a John Brabourne Award in their second round of awards this year.

Screening in competition at the International Film Festival Rotterdam 2021 are alumni Paz Fabrega, with her latest feature Aurora, and Ann Hui as part of an omnibus film Septet: The Story of Hong Kong, composed of short films by seven prominent Hong Kong filmmakers about their hometown.

Documentary series Living in a Pandemic co-directed by Sweta Tagliabue and Shyam Manjuvil, produced by Sunjna Mullick, and edited by Gopikrishnan Hari, Tom Xu and Zou Shaoxuan Shawn was awarded the prize for Best Quarantine Project at the Barcelona International Film Festival. You can view the team’s work online here.

MAF alumna, Leticia Tonos, this week spoke with ACROARTE on the subject of “cinema in times of pandemic”. Tonos is considered a film pioneer in her home country of the Dominican Republic and was recently awarded the Medal of Cinematographic Merit, becoming the first woman to receive this distinction.

Alumnus Ian Bonhôte features in this Vanity Fair article as one of four documentary filmmakers breaking the mold in 2020 for his work on Rising Phoenix.