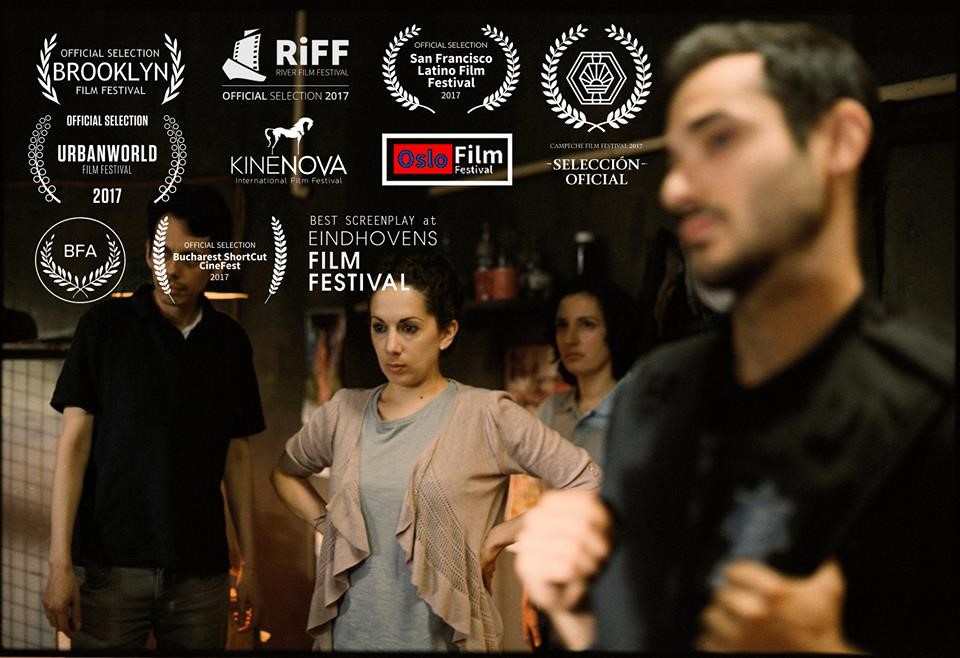 Shalini Adnani’s Term 5 short 'Algo Más Banal' (Something More Banal), which she wrote and directed, has been nominated for the 'Best Screenplay Award' at Eindhoven Film Festival.

Algo Más Banal is a dark comedy reflecting the bizarre realities of how we deal with death in our contemporary world. It takes place on an unusual work day, as people contemplate life and the dead man hanging in front of them in a Mexican factory.

The film, which was produced by alumnus Michael Graf, DOP'd by Joan Vicente Durà, edited by Gabrielle Gozo and designed by Tayub Hussain, was also recently the winner of 'Best Student Film' at the Bucharest Film Awards. It premiered at Brooklyn Film Festival in June and has also screened at San Francisco Latino Film Festival, River Film Festival in Italy and UrbanWorld Film Festival in New York, which is Oscar-qualifying.

Shalini Adnani, who graduates from London Film School this December, is a writer and director born in Santiago de Chile to first generation Indian immigrants and a graduate of Bard College, New York. Shalini initially worked in journalism and publishing before gradually finding a passion for cinema, and she is also the founder of Scenes, a photography and screenwriting journal created with fellow graduate George Bartlett. She is currently developing two feature films, Delivery and The Nest.

Speaking about the making of Algo Más Banal, Shalini said, “It was a great chance to challenge myself and the crew involved. We pushed ourselves to build a massive set, tell a theatrical story cinematically, convince an audience we were in a different country in a London studio, and experiment with narrative structure. I think that’s what film school should be about - just a series of obstacles, experiments and collaboration. It was great to work with a group of people who were on the same page, knew it was going to be hard, but were willing to come along for the ride.”

Best of luck to Shalini and all the team at the Eindhoven Festival next month!

Watch a clip and follow the film’s progress at https://www.facebook.com/algomasbanal/

The 7th edition of the Eindhoven Film Festival will take place from the 6th - 10th of December, in the Netherlands. 35 jury members make a selection of films “with courage, open-mindedness and a good story.” The program includes “beautiful animations, extraordinary fiction films, quirky experimental films and interesting documentaries by filmmakers from home and abroad.” The festival also involves a variety of film-related extras such as workshops, lectures and Talent Talks. Eindhoven Film Festival is made possible by Stichting Cultuur Eindhoven and Province Noord-Brabant.