Congratulations to two LFS grads on becoming Screen Stars of Tomorrow 2019! Not one, but two, London Film School graduates, Benjamin Bee and Christopher Andrews, have been named Star of Tomorrow 2019.

Christopher Andrews is a UK based writer and director, graduated with distinction from the LFS MA Screenwriting course in 2012. He has written and directed the short films Fire (2015) with support from Film London and Stalker (2018) with support from Creative England. As a writer, Chris worked on feature screenplays for BBC Films, AGC Studios. Western Scuttler, developed with Creative England and which Andrews also plans to direct, is on hold until after Scafells is made (Original title Shepherd was included in the 2018 Brit List). He also writes scripts for others to direct. Cavendish is in development with BBC Films and Stray Bear. Andrews has also completed the script for a biopic about filmmaker Roberto.

We caught up with Benjamin Bee, MA Filmmaking graduate from 2015, and talked about how LFS shaped him as a filmmaker: 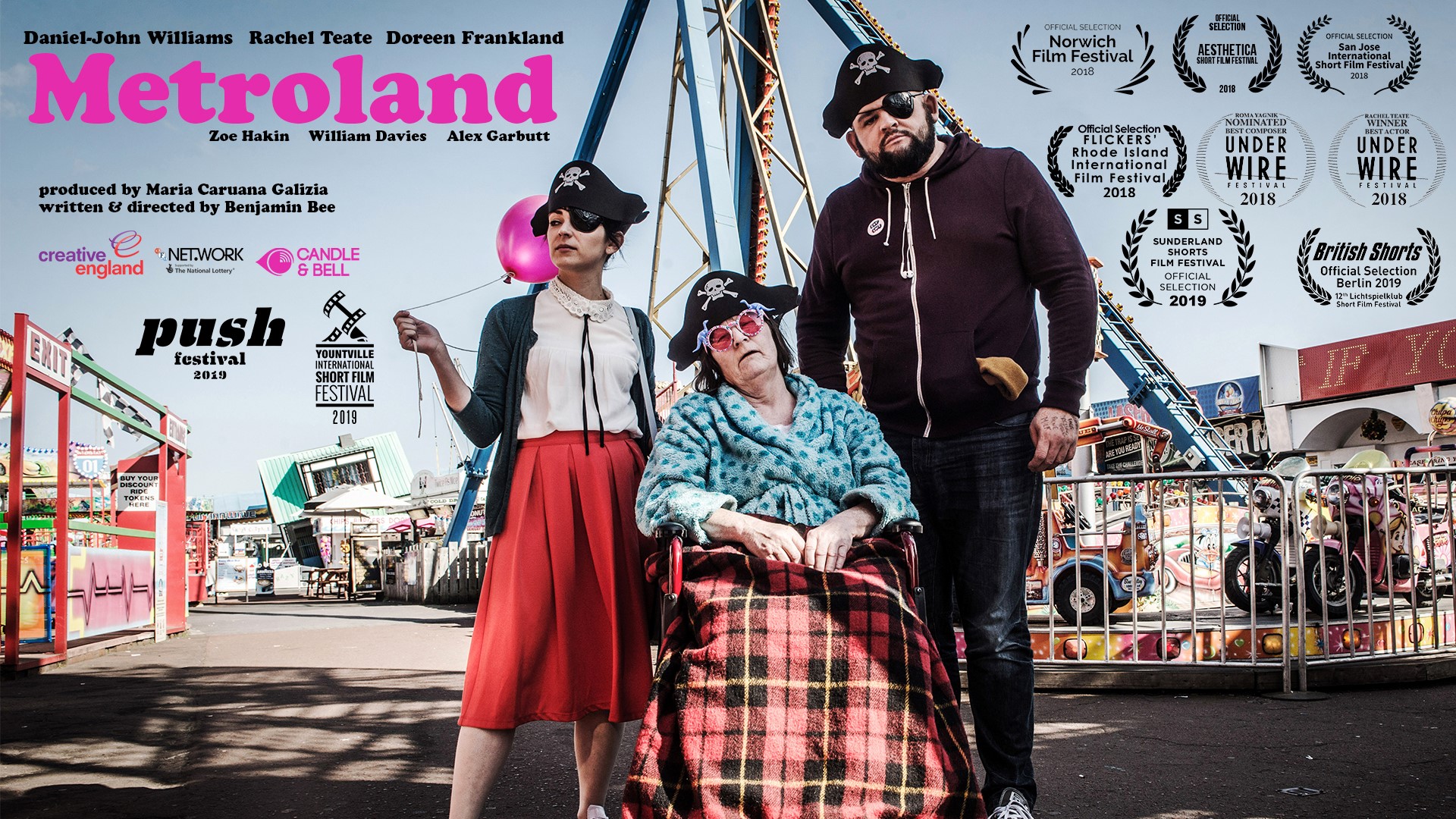 Veronique Fricke: Congratulations on being a Screen Daily’s Star of Tomorrow 2019!

Ben Bee: Thank you! I was shocked actually! Chris Andrews, another LFS grad is one of the other Stars of Tomorrow this year and that was lovely to find out.

VF: What have you been doing since graduation?

BB: So, I made Mordechai, and then I made Metroland which was the Creative England funded film. As soon as I graduated, I directed and pilot for Babycow written by Dan Mersh for Baby Cow Productions/C4, though that didn’t get picked up but was an amazing experience. I've e written a feature, Marwell, which we're currently trying to get financed, always a bit stressful. the project was one of 12 selected at La Biennale di Venezia's College cinema and we're going back there for the Finance market, so that's really lovely. The film was also selected for EIFF Talent Lab Connects 2019 and luckily via this, we're being mentored by the phenomenal Ivana Makinnon. Additionally,  am also developing a treatment for the feature Humans (other Mammals) and Birds with the BFI Feature Development Network, and I'm also being mentored by the super-talented Tom Harper via the BFI NETWORK x BAFTA Crew Member, and that's been amazing. 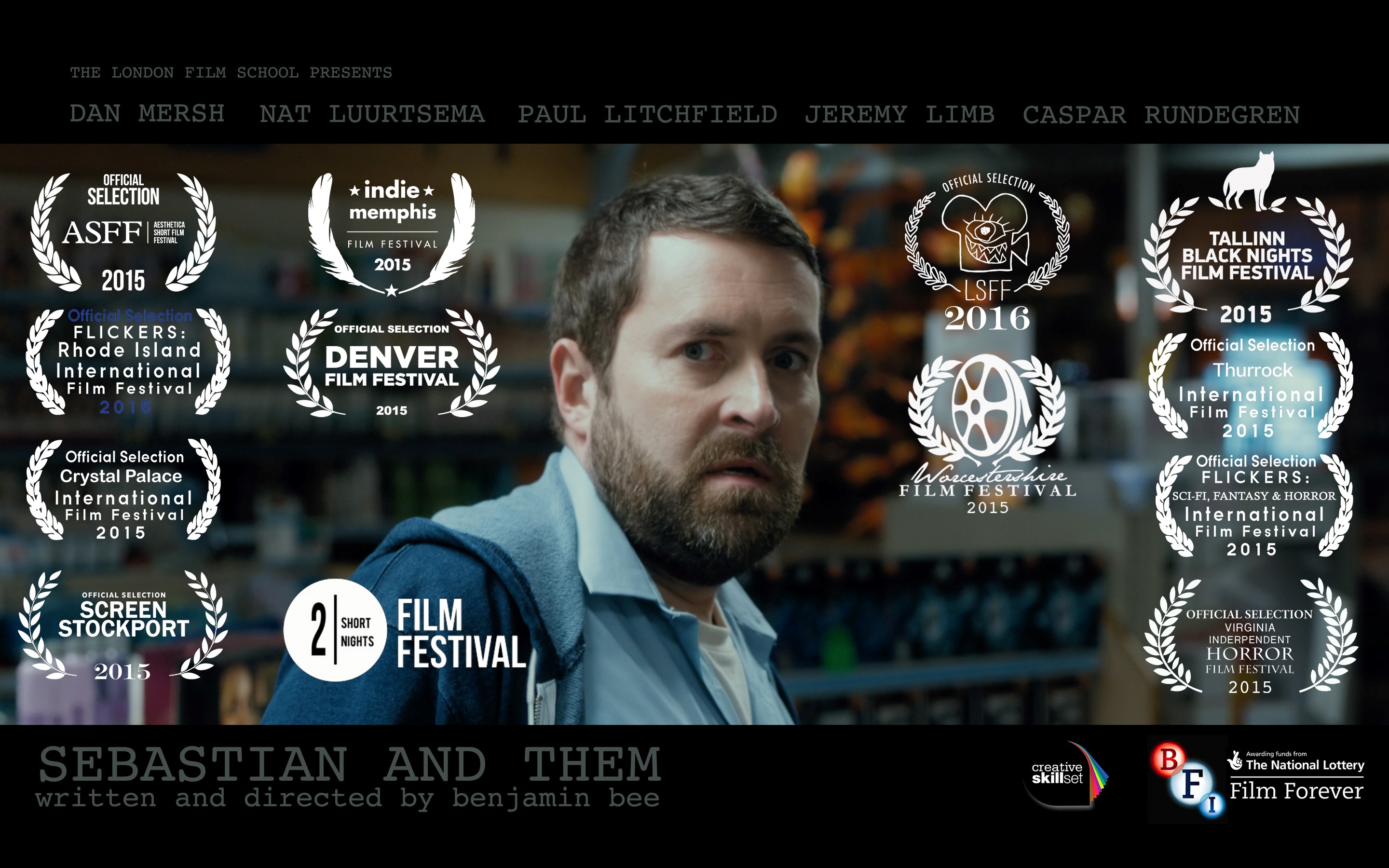 VF: That’s quite a few projects! Is that what you had envisioned life would be like after LFS?

BB: No! I guess you don’t really like to think about it. LFS is so intense, you don’t really consider what’s going to happen afterwards. As soon you leave, you realise ‘I’m back in the real world, this is a bit of a shock’. So, what basically happened is that I met Maria Caruana Galizia (Candle and Bell) who is an amazing Producer. We thought let's apply to everything, which we did; I applied to iShorts and the Pears Jewish Film Fund and bizarrely we got both. Then I broke my ankle and had two operations, which slows things down a bit but better now! I guess the industry can be really intense and strange, and you don’t quite know what it’s going to be like in two weeks’ time.

VF: How intentional was the move back home to Newcastle?

BB: It was meant to be temporary though London can be expensive, and I didn’t want to wait too long to make a feature.  You'll find me anywhere that I can make a film, be that London or Swindon... No idea why I said Swindon. 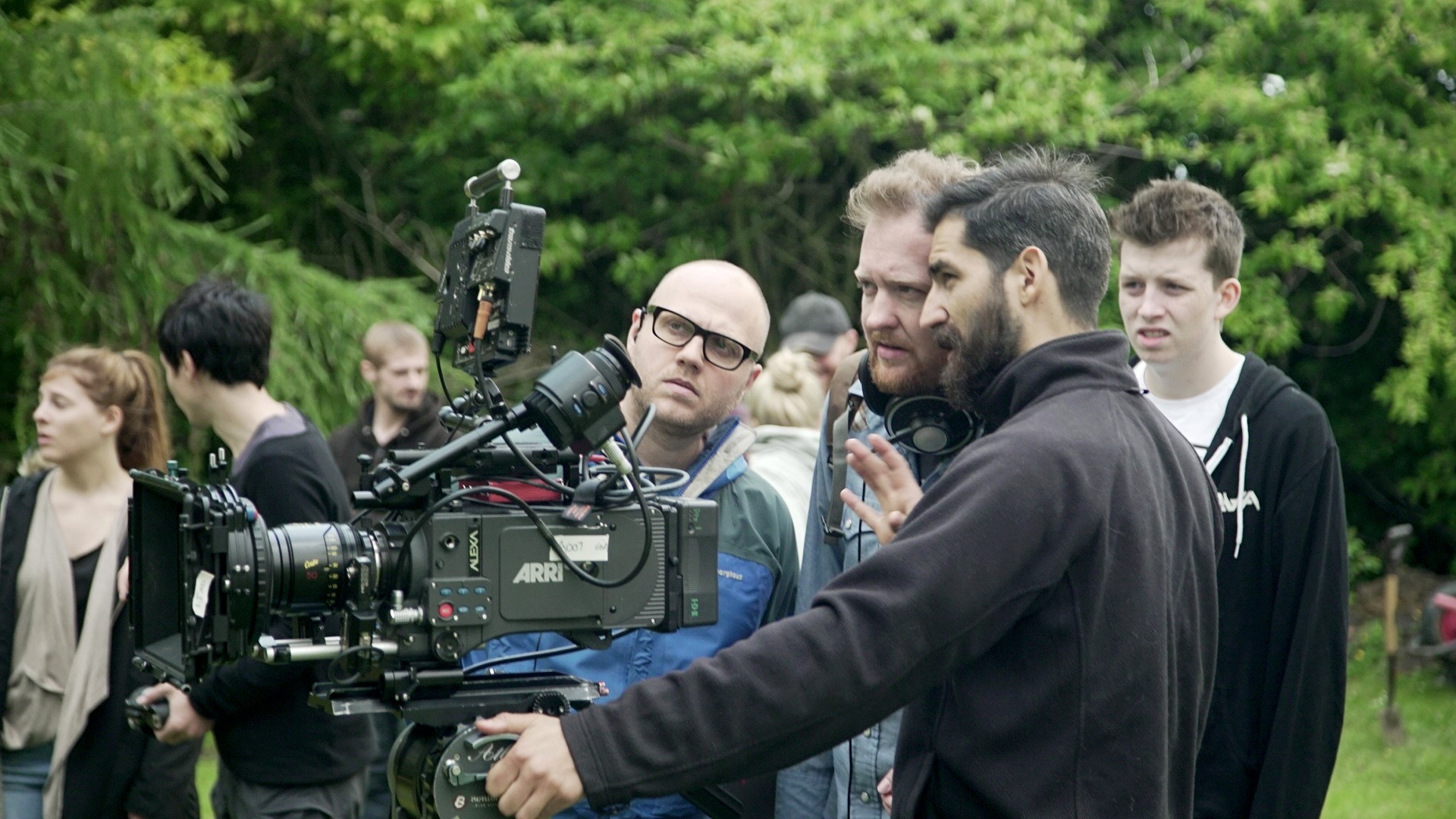 VF: Take us back a few years prior to LFS, what were you doing then?

BB: I was terrible at school, was very dyslexic and got kicked out when I literally just turned age 14 and was just a bad, troubled kid. Long story, I went to another school and someone tried to stab me and ended up not doing any GCSEs, so I ended up working at a lots of jobs like cleaning every seat in St. James' Park and washing dishes, which still is one of my favourite jobs because you just do your own thing washing dishes and no one complains. There was a point where I could do an Access to Education course.

And so, I was like every teenager and thought I look at Photography because that looks easy and cool. And it turns out, Photography is really hard! And I was like, oh my god, I’m so bad at this! But they had a video camera, so me and some friends started making stupid, unscripted comedy films. The other students were trying to make these serious things while we just made spoof sci-fi films set in Newcastle. Everybody really loved them, so then I went on to do a BTEC, eventually went on to Westminster Uni where I made one short film but had no idea about festivals and went back home to Newcastle with no idea of what to do with the film.

At that point, I didn’t know Cannes existed or what Sundance was or how to go about film festivals. Started working in a bar, hated it, started entering my first film to any festival I could find. The weird thing is that we kept getting into a lot of film festivals who just liked what we did and we ended up being nominated for BBC New Filmmaker of the year. For a few years, I worked at a job I hated and couldn’t get anything made. An old tutor from college said to me: ‘why don’t you look at doing an MA?’ And I looked at the LFS website, I applied and got a Skillset (Screenskills) bursary and it was genuinely life-changing. I really wanted to make the most out of this experience and thought I’m going to work any film I can, take every class, submit to loads of festivals and my work ethic really changed, which is thanks to LFS. 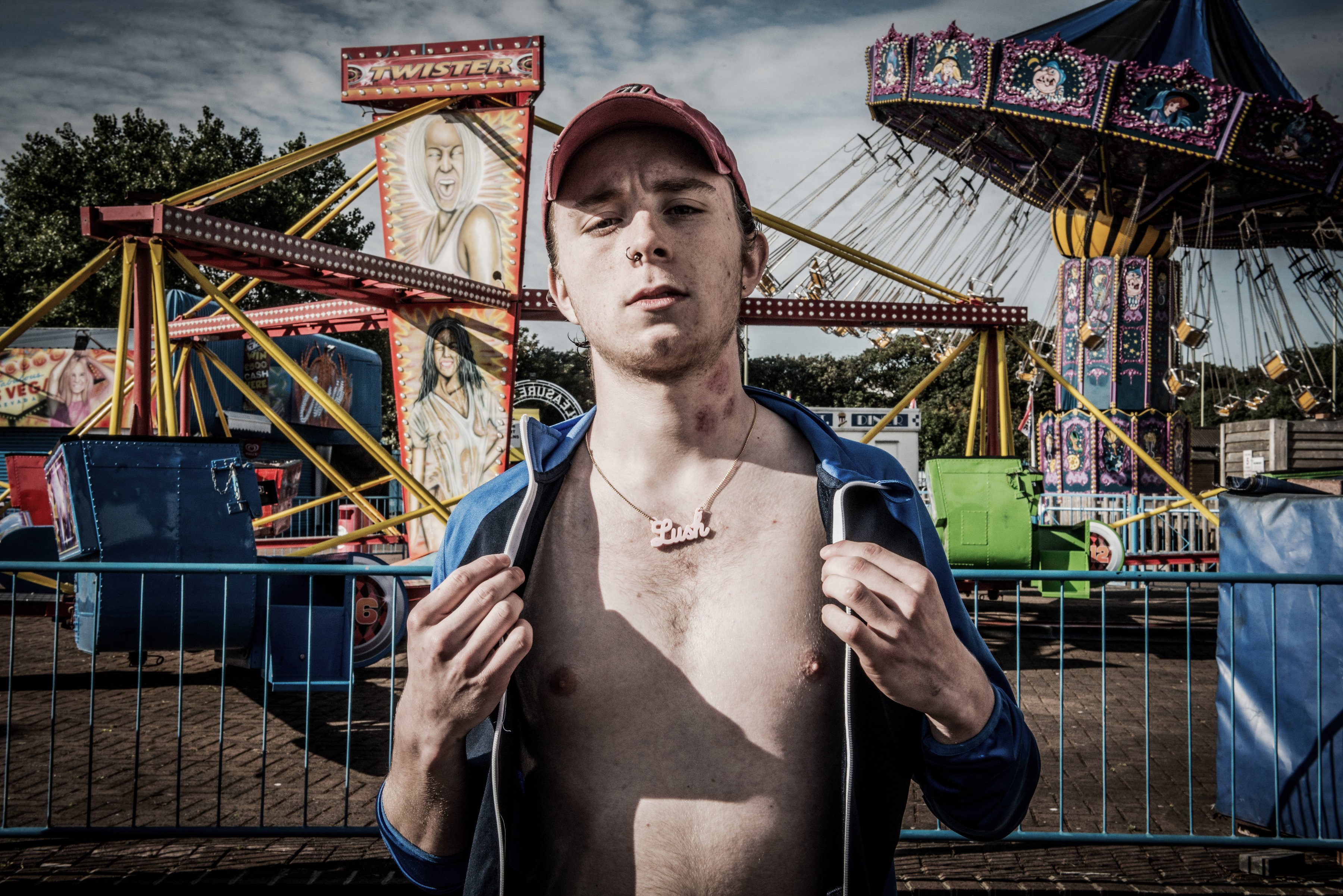 VF: What advice do you have for new film students at LFS, what are the must-dos?

BB: The mistake most people make is that when you get to the School, is thinking that everybody is your competition. The people who go there are your peers and there’s no competition. It’s all about making the best films and that comes through collaboration, everybody has a different style and viewpoint and you can learn from and grow with each other. And if someone else succeeds more than you, doesn’t mean you’re a failure.

Two years go so fast at LFS that you’ll have to try and do everything. It's amazing because you get to spend two years with people who love cinema and you normally don’t get that unless you’re already in the Film or TV industry. You will miss it when it's over and wished you'd done more... even if you did everything.

VF: Are you still in touch with friends made at LFS?

BB: I still work with Yiannis (Manolopoulos) who is my DoP, Alex Grigoras still does grading on films we've made. And then you still stay in touch with a bunch of other writers and directors, giving each other notes and support. It’s a good thing and a great network. And then, when you bump into people and say you’re from LFS, you instantly get that LFS vibe, even if you’re not from the same cohort! 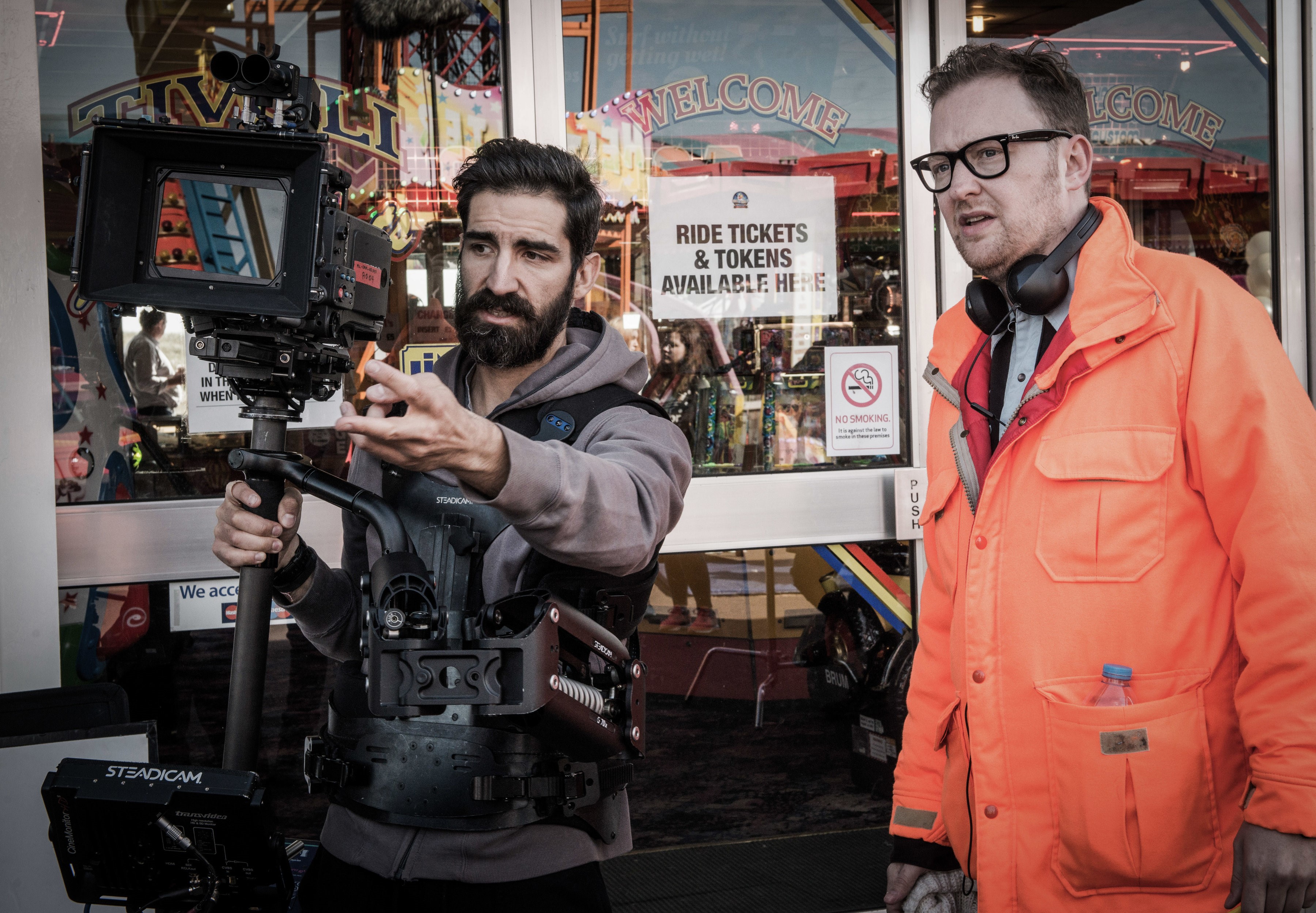 VF: Metroland, a short funded by Creative England and the BFI, was supported by Mike Leigh when you raised extra funds via crowdfunding. Can you tell us a little bit more about that?

BB: Yeah! Mike has just been really kind and supportive and he’s got a great sense of humour. He appeared in one of our crowdfunding videos and was genuinely interested in what we were doing as filmmakers. As soon as we were shooting stuff for the crowdfunder he was in his element and having fun. And you realise, that’s why people make films. You don’t have to be as mean, grumpy or whatever... Being a filmmaker is like the best job in the world because you just get to collaborate,  create and get to have fun.

VF: What aspects of the LFS MA Filmmaking degree has helped you with what you’re doing now?

BB: Actually, the technical aspect and process of filmmaking were very useful. The use of framing, editing, even lessons on how light refracts through a lens and reacts with film or a digital sensor helps. You're then able to have an informed conversation with other departments even if they're the specialist and know a lot more.

That’s all important because it opens your eyes to the craft and the art form, it’s not just an art form alone. You can look at your favourite films, for example, I rewatched Paris, Texas (1984) after film school and you realise that DOP Robby Muller's genius use of filter in camera makes the story come to life rather than depending on post, so you can go ‘That’s stunning!’ and realise that the more you looked at the craft, the more it would feed into your own work. You’re starting to then understand your own work as well. And that was priceless, really priceless. 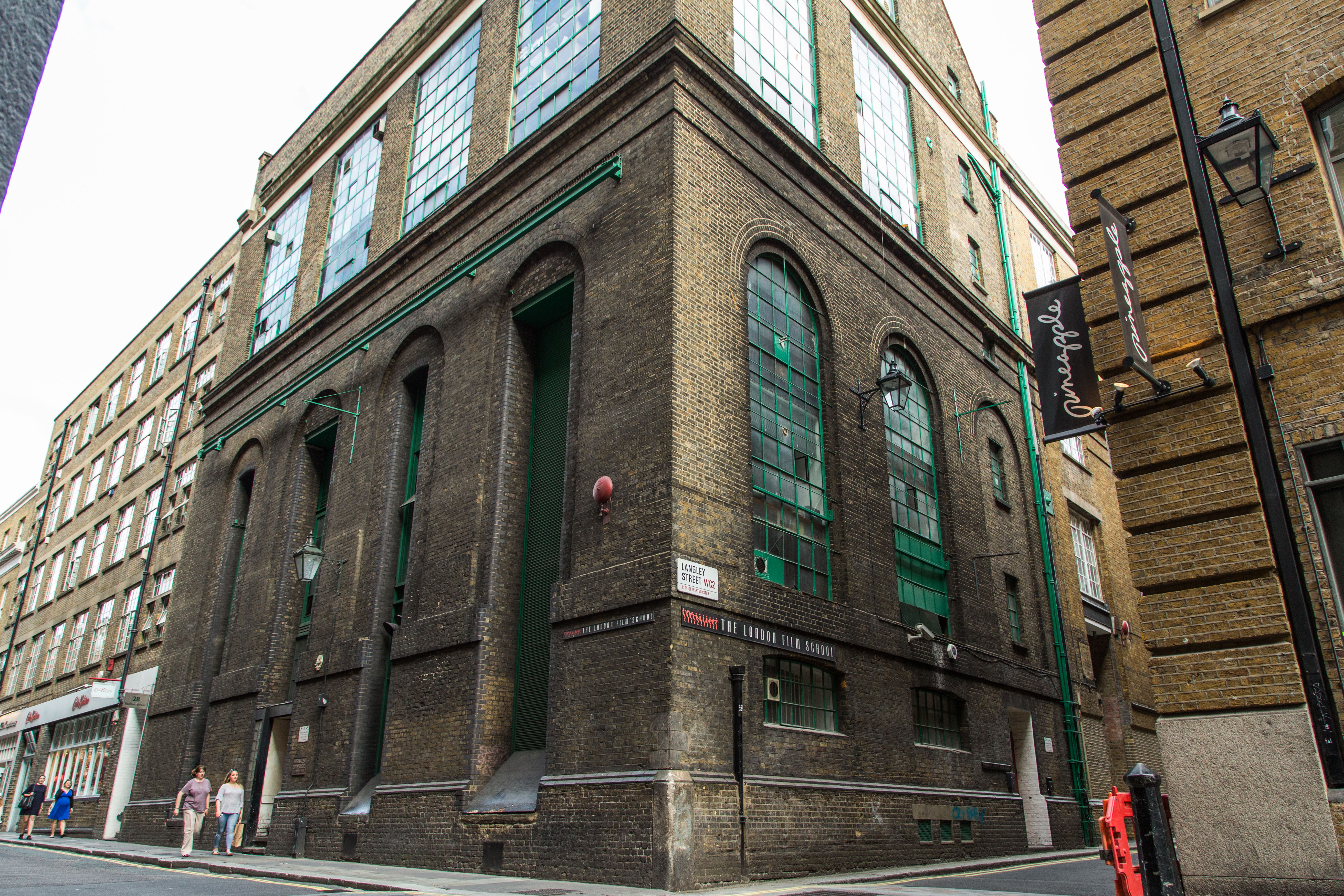 VF: Having been at LFS impacts you in more ways than one then?

BB: The time passes at LFS so quick because you’re so busy making films... you never have the time you think you need at film school and it's the same working professionally. No matter how many days you shoot, the more money you get, the more stuff you need to shoot. At LFS you are told 'This is what you have, this is the time you have... try and make something good and don't worry if you mess up.'

We live in a world where you meet so many filmmakers who say they'll make a film, but never do because they didn’t get the money, cast, or location. To get things done, you have to go ‘Okay, I want to make this film, how can we achieve the best result with the resources we have.’

It’s just a really valuable lesson as life is finite. Essentially, If you go elsewhere than LFS and specialise without learning all of the different craft you might not have the same respect for the other departments and can end up thinking everyone is just there to serve you as a director. At LFS, I got out as much as I put in and that's a really important difference. I did everything that was available, and I took advantage of learning as much as possible from all areas including the Masterclasses in the evening and felt I was part of something. Being able to go to London Film School really was a life-changing experience.