PLEASE RSVP WITH NUMBER OF PLACES BELOW 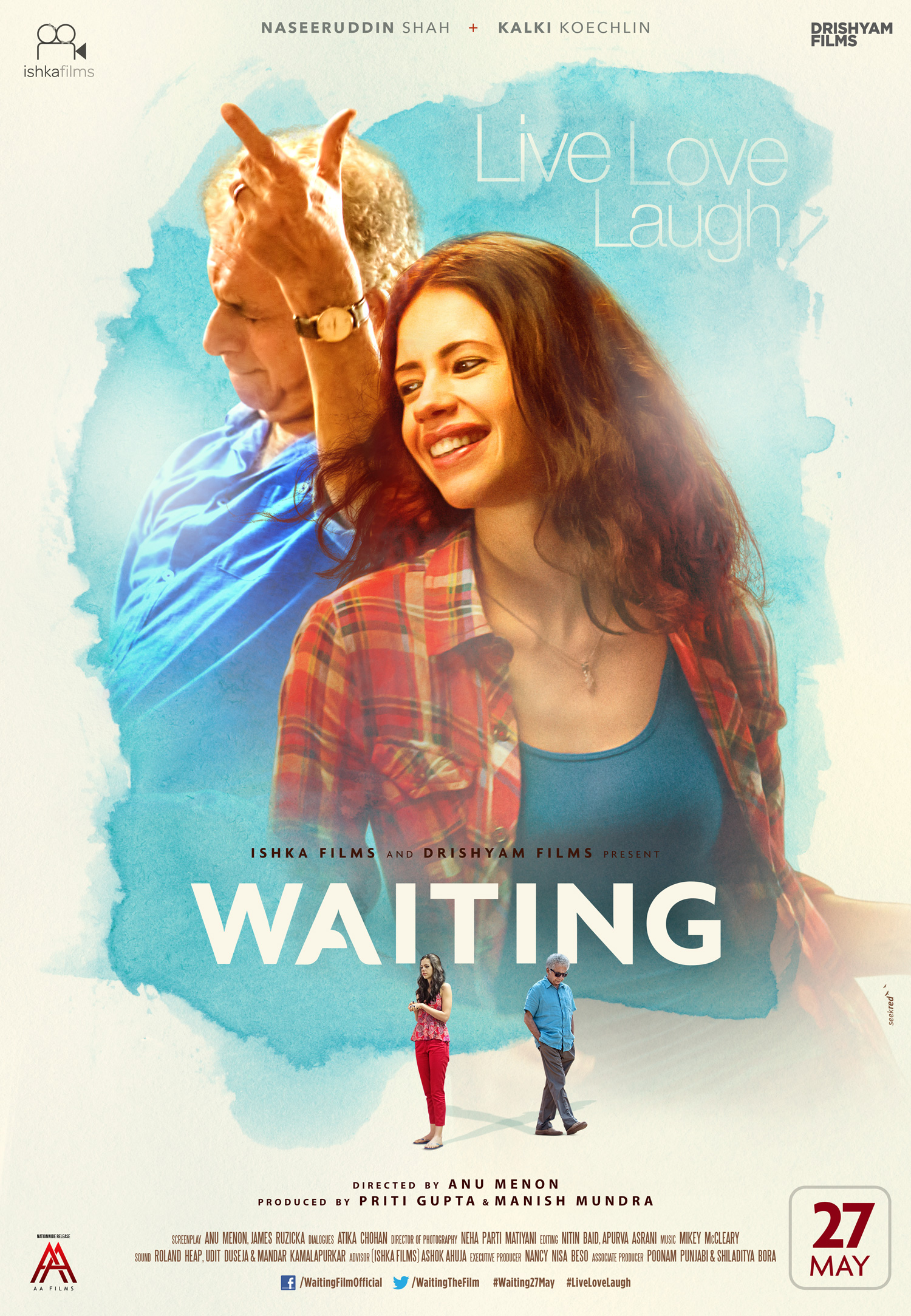 A retired professor whose wife has been in a coma for eight months meets a terrified young wife whose husband has slipped into coma after a sudden accident. Will grief drive them both insane, or can two lonely strangers support each other?

After a decade of strategic planning in Advertising Agencies in India and Singapore, Anu Menon decided to give it all up to chase her filmmaking dream. Her short films RAVI GOES TO SCHOOL (2007), FOCK HELEN AND HARRY AND BABY have screened at various prestigious film festivals like Tribeca and Edinburgh. Her first feature film LONDON PARIS NEW YORK (2012), a 20th Century Fox presentation was released to critical acclaim.

WAITING is her second feature film. Anu lives in London and works between India and the West. In her work, she tries to reflect the worldview that she has gained thanks to her varied experiences of different cultures across the world. Even as she delved specifically into a character rooted in a cultures, the issues she raises are universal.

James is the co-writer of WAITING (2015). A graduate of Cambridge University and The London Film School, he has written comedy for BBC Radio 4, film criticism for FilmExposed, and a number of feature film screenplays that are currently in development. He produced the award-winning short film ‘Discombobulated’ in 2005. As stand-up comedian ‘Jimmy Razor’ he appeared on the bill at more than 300 live comedy gigs, and was seen on BBC2, ITV and Channel 5. He is also a fully qualified medical doctor.