Connla was raised in Tipperary, Ireland. At the age of 12 he attended boarding school in Dublin. This school only allowed its students to leave the grounds once per week and Connla gave that time to the local cinema. It was this treat every week that nourished his love of film. After school he went to Cambridge, where he studied 20th century European History & Politics with Film Studies at Anglia Ruskin University, only to return to Dublin in 2007 to join the community television production company Near TV. Over the next three years Connla worked from production assisting up to directing and producing his own funded mini-series in 2009. He came to LFS in January 2010 where he focused on directing with the films The Great Farce and his graduation film A Good Friday. He is currently developing a new project. 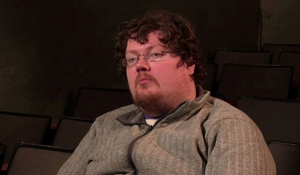