Ana emerged as a filmmaker after a successful career as an actor in Portugal. In 2007 she completed a Fine Arts Degree in Painting at the Faculty of Fine Arts, University of Lisbon, where she developed her passion for the power of the visual image in photography and film, winning the Bienal Jovens VaLoures for her work Love_in_Progress.

In 2010 she moved to London to further develop her skills at London Film School. Ana's understanding of character and her passion for storytelling have seen her thrive as a director working in both fiction films and documentary.

After her five-year-old daughter’s death, Cecília must overcome her feelings of guilt through the help of her daughter’s young friend, Lúcia. On the day of the funeral Cecília has still not come to terms with the death and the crushing guilt she feels. She tries to mother the impoverished Lucia instead of preparing for the funeral.
Watch the film 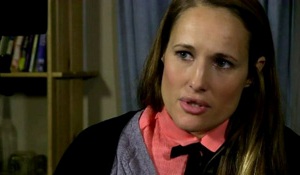