Cait Lyn Adamson is a London based Director and Producer. Born in Kuala Lumpur, Malaysia and raised in Sydney, Australia, Cait Lyn previously worked in Publishing and Writing before moving to London to pursue her MA in Filmmaking. With a background in Comparative Literature, Media, Creative Writing and Cinema Studies Cait Lyn has always had a passion in pursuing story telling in all it's forms and works today as a creative collaborator, producer and director of filmic projects. 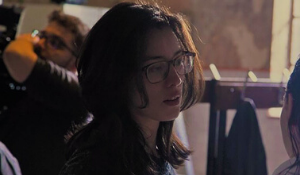