Read about the history of London Film School

History of LFS: The first film school in the UK 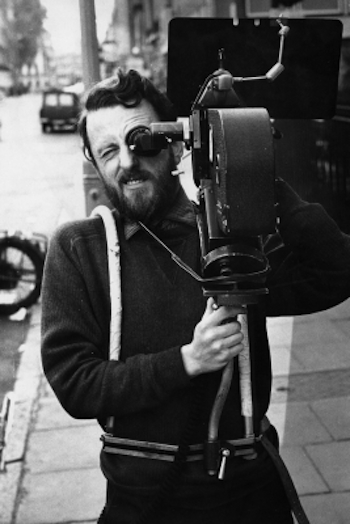 Brief history of the first film school in the UK

The London Film School is the first established international school of film technique in the world, at 60 in October 2016. The school has contributed significantly to the development of film education in Britain and across the world.

Rather than try and create a national cinema, as so many government-funded schools have done, LFS from the outset fostered a broad, craft-based culture of excellence with students from more than 80 countries. At present over 60% of the school's students are from outside the UK.

In October 1956 the Principal of the Heatherley School of Fine Art, Gilmore Roberts, set up a short course in filmmaking, but before the applicants could enrol, found that his school had been sold from under him. He decided to continue the course independently, but could hardly have imagined that over sixty years later a thriving, international school, descended from this embryonic idea, would be working in a converted warehouse in Covent Garden, London.

The first LFS filmmaking course ran in May 1957.

After precarious early days, the School settled in Brixton as the ´London School of Film Technique´. It was set up around the belief that the future health of filmmaking in Britain could be promoted by properly designed formal training for people entering the industry, then run on a traditional apprenticeship basis. Since there was little sign of any official action to carry out these plans, a group of enthusiasts decided to take the classic British way and constitute such a school.

The approach to the old school, through a gaunt passage and up winding brick stairs to a handful of rooms over shops in Electric Avenue, Brixton, was likened by an intrepid visitor to a set from "The Cabinet of Doctor Caligari".

In the early 1960s, the school moved to premises in Charlotte Street in the West End and was renamed The London Film School. The 18th-century warehouse in Covent Garden, in which the school has been since the mid-1960s, maintains a similarly dramatic and individual character.

The original constitution, which remains in force, is very unusual. The school is a registered charity, a non-profitmaking company, limited by guarantee. All students become members of the Association, and, together with the other members, elect a board of governors on which they have representation. The board of governors has the overall responsibility for the management of the school. The previous Chairman was the internationally renowned director and LFS graduate Mike Leigh. The school has always been completely independent and remains so following the validation of its courses by the University of Warwick and the University of Exeter. London Film School's current Chairman is Greg Dyke.

To celebrate the school's 50th anniversary in 2006, a microsite was created. The site contains a wealth of interviews with staff, ex-staff and alumni.describing their experiences at the LFS, feelings and hopes for the future of the school. There are also stills libraries and documents' archives: Visit the LFS Time-Tunnel

In 2016 The London Film School remains one of only a few remaining independent creative specialist conservatoires in the world. We continue working hard to remain a leading centre for film education.

With thanks to the late Phil Mottram (pictured on the right) former Administrator, Lecturer and unofficial LIFS historian.

We are always looking for more materials, so if you are or have been connected with the LFS and have any archive material please email: marketing@lfs.org.uk