Do you want to know what to do with the sound in your film? Would you like some clues and strategies to understand the way sound and music are used in films?

This 2-day weekend workshop is essential for any director, producer, editor, sound designer, composer or screenwriter who wants to have a better understanding of the relationship between image, and sound and how to use it to best effect in their work.

Rather than the blank coverage approach now demanded of many sound editors, designers and re-recording mixers, tutor Gustavo Costantini advocates sound tracks to be full of ideas rather than effects. Starting with an experiment of perception, Gustavo will demonstrate how sound changes everything. The same clip will be shown using different approaches to sound design to demonstrate how each strategy can affect a narrative. Participants will learn key elements of sound/image strategies and be introduced to all the possible uses of sound and music that are used in contemporary filmmaking.

Often when people think of sound, they think of big explosions or science fiction films. On this workshop participants will consider many different types of film; from small-scale productions to well-known blockbuster hits. 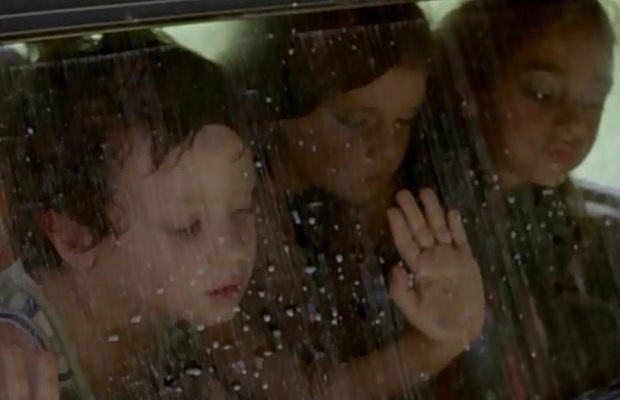 Referencing Michel Chion’s seminal work on film sound Audio-Vision, participants will be provoked to think in terms of sound rather than image. Extensive use of film clips ranging from THE BIRDS to SAVING PRIVATE RYAN will demonstrate how difficult it is to think in terms of sound and music and how neglected these fields still are. THE SIMPSONS will provide the sarting point for a brief look at animation.

Through his work as a sound designer, editor and teacher at some of the world's most renowned universities, Gustavo has established close relationships with a number of prestigious filmmakers, among them Walter Murch, Randy Thom, Atom Egoyan and Lucrecia Martel. Over the course of the weekend participants will access a whole range of exclusive materials and insights from these figures.

Participants will be trained in strategies on how to use sound or music in actual situations, and how sounds can be treated and edited in the context of the whole film. These situations may take the form of projects submitted by the participants themselves, from scripts to finished films. (Participant projects must be submitted in advance in order to be considered.)

The course will be of interest to directors for whom all these topics and case studies are relevant. Sound designers will be interested in the possible places that film sound can occupy (in, off, subjective, "on the air", etc.), and also offer guidance for applying special audio effects or processes.

For film editors and composers, the connections between the film structure, the syntax of the film edit, and the music syntax will provide an updated view about the way that all the elements are integrated.

Gustavo Costantini, Michel Chion's disciple, is an Argentinian sound designer and editor, and also a musician, working on feature films, documentaries, theatre and sound installations and video art. Researcher and Professor of Sound and Editing at the University of Buenos Aires, University of Cinema, and at the National University Institute for the Arts (IUNA), he is a visiting lecturer of renowned universities and film schools around the world.

Member of the Board of The New Soundtrack magazine, he also teaches in Great Britain, Germany, and Denmark. He has collaborated with Academy Award-winning Sound Editor Walter Murch (APOCALYPSE NOW, THE WOLFMAN) and Atom Egoyan (THE SWEET HEREAFTER, ARARAT) on masterclasses.

You can now book this workshop as part of our new Directors' Package.
Book 3 or more directing workshops to claim a 20% discount! Get the full details.

Booking instructions will be available on this page as soon as new dates have been confirmed. In the meantime, please register your interest.