JAMIE to open up at festivals in Seattle, Sweden and London 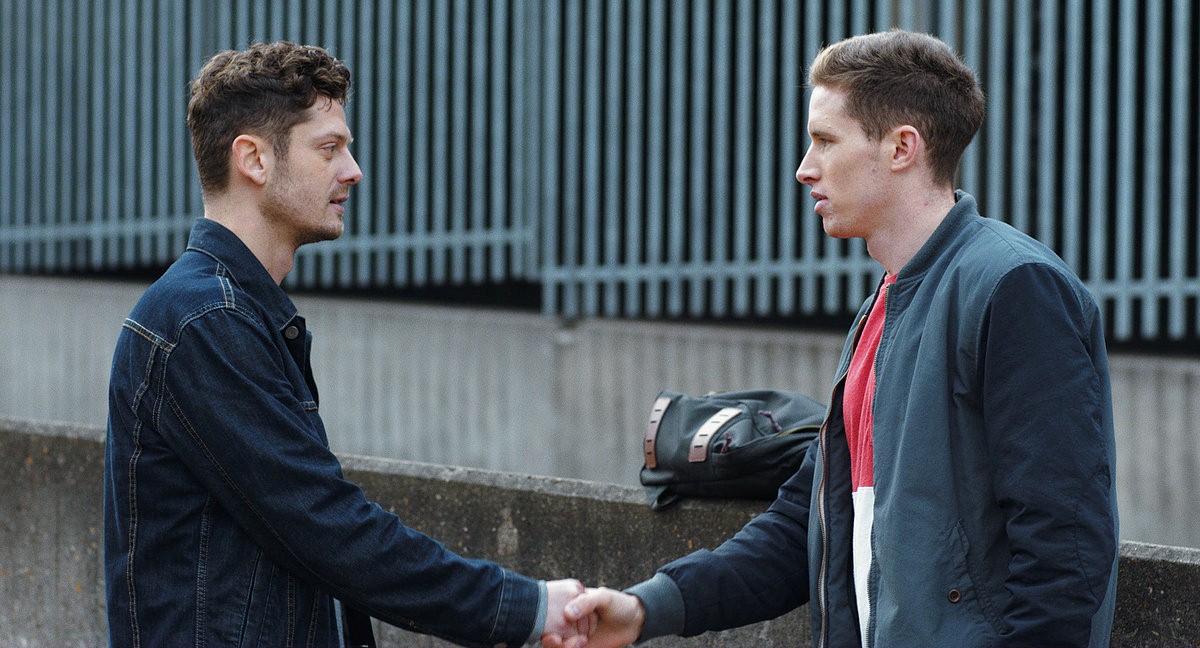 Who are you more likely to open up to; someone you know and love or a complete stranger?  This is one of the questions explored in JAMIE, written, directed and produced by LFS Filmmaker Christopher Manning. JAMIE takes us back to the time of first romantic encounters and early adventures in the search for love. The titular character, played by Sebastian Christophers, is clumsily looking for his first relationship after several disappointing experiences with men. One afternoon, he meets up with Ben after they chat on a dating app. As they get to know one another, Jamie wonders if he’s finally met his match. The film explores themes of intimacy, solitude and the formation of emotional and sexual identity during coming of age.

“I want to go on a journey with a character that struggles and falters in his search for love, not because of traditional external obstacles, but because of his internal ones,” said Manning in a director’s statement."The film explores the vulnerability we feel when we expose ourselves to others. JAMIE is about opening up with both another person and with oneself."

"I am looking forward to sharing the lead performances with audiences at LSFF. While working with the actors, I tried to find the balance between keeping spontaneity and creating the depth required to convincingly portray Jamie’s world. This part of the process was highly collaborative and the actors gave a lot. I think this comes across in their performances, which are so genuine and natural, but also complex. Jamie’s vulnerability moves me every time I watch the film."

Despite the film's appearance in several festivals celebrating Queer cinema, Manning believes that such labels can be counter-productive. "A good story is universal and watching film should be an emotional experience open to everyone. Identity is malleable and each of us has multiple identities. It seems limiting and divisive to separate ourselves into categories. Many producers, distributors and programmers label films telling Queer stories as films 'dealing with an issue' and write off their appeal to audiences. Unfortunately, a lot of good films would never make it into festival programmes because of their Queer stories; that's why Queer Film festivals and specially themed programmes are important and necessary."

So how did Manning make Jamie’s sexuality add to the character without making it about “issues"?

"In JAMIE, the central character's "super objective" is to find love, or even a relationship. Few themes could be more universal. We can all relate to wanting to feel loved. I think it's that simple. JAMIE is a defining moment from a young man's "sentimental education", an excerpt from his emotional biography. I wanted to make a film that revealed how a young man is living with his circumstances (i.e. his sexuality, difficult family relations, challenges posed by technology, etc.) as opposed to a film about those circumstances. Again, we can emotionally relate to story and character, not to an issue."