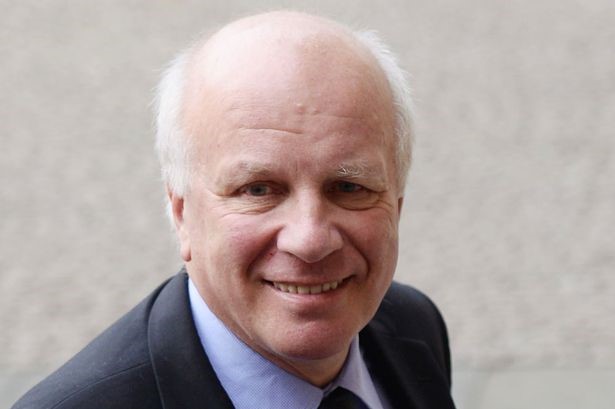 London Film School (LFS) is delighted to announce that its new Chairman will be Greg Dyke. He succeeds the renowned filmmaker, Mike Leigh, who steps down on 19 March 2018 after 18 years of service. Dyke will take up the role of Chair in April 2018. Dyke takes over the baton at a time of major change for the School, including plans to relocate from its present home in Covent Garden to London City Island (LCI). There, it will join the English National Ballet in one of the growing number of cultural hubs springing up in the East of London. The move to LCI will allow LFS to broaden its student base, offering its unique model of practical filmmaking and talent transformation to a larger number of UK students, meeting both individual aspirations and the skills needs of the UK film industry at a time of significant change.

Dyke’s last major public role was as Chairman of the Football Association, a role held for three years. He was previously CEO of London Weekend Television, Director General of the BBC and Chairman of the British Film Institute.

“This is a very interesting time to join London Film School with the changes going on in Higher Education, the plans to move the School to a new location and the current success of the British film industry…” He continued: “The recent BFI report demonstrated that there is a clear skills shortage in the film industry in Britain, a shortage which, amongst the many other things it does, the London Film School can help to fill in the years ahead…. I like being involved with organisations at times of change… It will be an exciting time.”

“What a long way we’ve come since I became LFS Chairman back in 2000, and how exciting and exhilarating it is for me, as I move on, to know that I have the most perfect successor imaginable! Dyke’s unique and formidable skills are exactly what we need. He takes over at a key moment in the school’s history. We’re lucky to have him, and I wish him and everybody all success and much love. I’ve been part of the LFS family for 54 years; count on me to continue to be supportive, however and for as long as I can.”

“We are sad to say farewell to Mike Leigh, whose contribution to the past success of the School is immeasurable. However, we are privileged that Greg Dyke, with his outstanding reputation for making things happen, has agreed to join us. His entrepreneurialism, the breadth of his experience in the chairing of such a wide range of high profile organisations, and his 11 years as Chancellor of York University, are just what we need to help us make the most of the future challenges. We are delighted that he has agreed to lead us in the journey to the next exciting stage of our development. “

Greg Dyke, former Director of Programmes and Chief Executive of London Weekend Television, Director General of the BBC (2000 to 2004) and Chairman of the British Film Institute (2008 to 2016), is currently one of three vice presidents of BAFTA. He was Chairman of the BFI at the time the Government closed the British Film Council and handed most of its responsibilities, including the distribution of lottery money for film, to the BFI. Dyke was also Chancellor of the University of York for 11 years, when the university doubled in size and opened its new department of Theatre, Film and Television. He was also Chairman of Britain’s biggest theatre company the Ambassador Theatre Group between 2010 and 2016 and is currently Chair of the Trafalgar Entertainment Group.

Founded in 1956, the London Film School is one of the world’s longest established graduate filmmaking schools. It produces over 180 films a year via its Masters programmes. Its students and alumni continue to perform well on the festival and awards circuit, from Berlin to Venice, BFI London to the Academy Awards. LFS alumni are established in film and television production in more than eighty countries. The long list includes world-renowned filmmakers, including Mike Leigh himself, seven times Oscar nominee, winner of the Cannes Palme d’Or and Venice Golden Lion, to name just a few of the many accolades received throughout his long career as a leading filmmaker. Other distinguished alumni include world-renowned filmmakers such as Michael Mann, Ann Hui and Duncan Jones to writers David Thomson and Iain Sinclair as well as emerging talents like Gonzalo Maza, co-writer of ‘Una Mujer Fantástica’ (‘A Fantastic Woman’), winner of Best Foreign Language Film at the prestigious 90th Academy Awards.