Brian was born in Limerick, Ireland. Prior to enrolling at the LFS he studied at The Dun Laoghaire Institute of Art and Design. He worked as a director and editor with various production companies in Dublin on documentaries, shorts and commercial campaigns. His previous shorts have screened at festivals in Europe and Ireland. He has also had work broadcast nationwide on RTE 2. Sunday Morning was his LFS graduation film which he wrote, directed and edited. He currently has a number of new projects in development.

One Sunday morning, 9-year-old Kiva is getting up to all sorts around her palatial home. After a scary experience in the swimming pool, she has an encounter with a visiting window cleaner. But can he be trusted? And where are her parents?
Watch the film 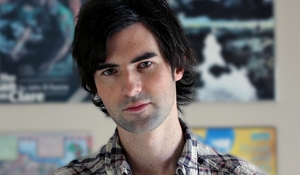