Christopher Andrews has emerged as a filmmaker with a background in the camera department where he has worked on some of the most acclaimed British television dramas and commercials. After a serious illness, Chris decided to leave his camera career behind to concentrate on his passion for writing and directing. In 2009 he wrote and directed a short film Together Again featuring Gerard Kearns (Looking for Eric). He is currently in production on another short It’s Warm in the Sun, which examines the effects of chronic illness while also writing a play for the Reduced Circumstances Theatre Company called The Killers. Of recent work, feature script Paper Boats has been optioned by Tantrum Films and was submitted to Film London’s Microwave scheme, where Chris was shortlisted as a writer/director. Scuttler has recently been optioned by an independent producer and Chris is also writing a feature film Alexandra for BAFTA winner director Gaelle Denis. 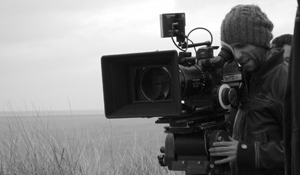