Berlinale Talents Series: “All you have to listen to and trust is your inner voice” 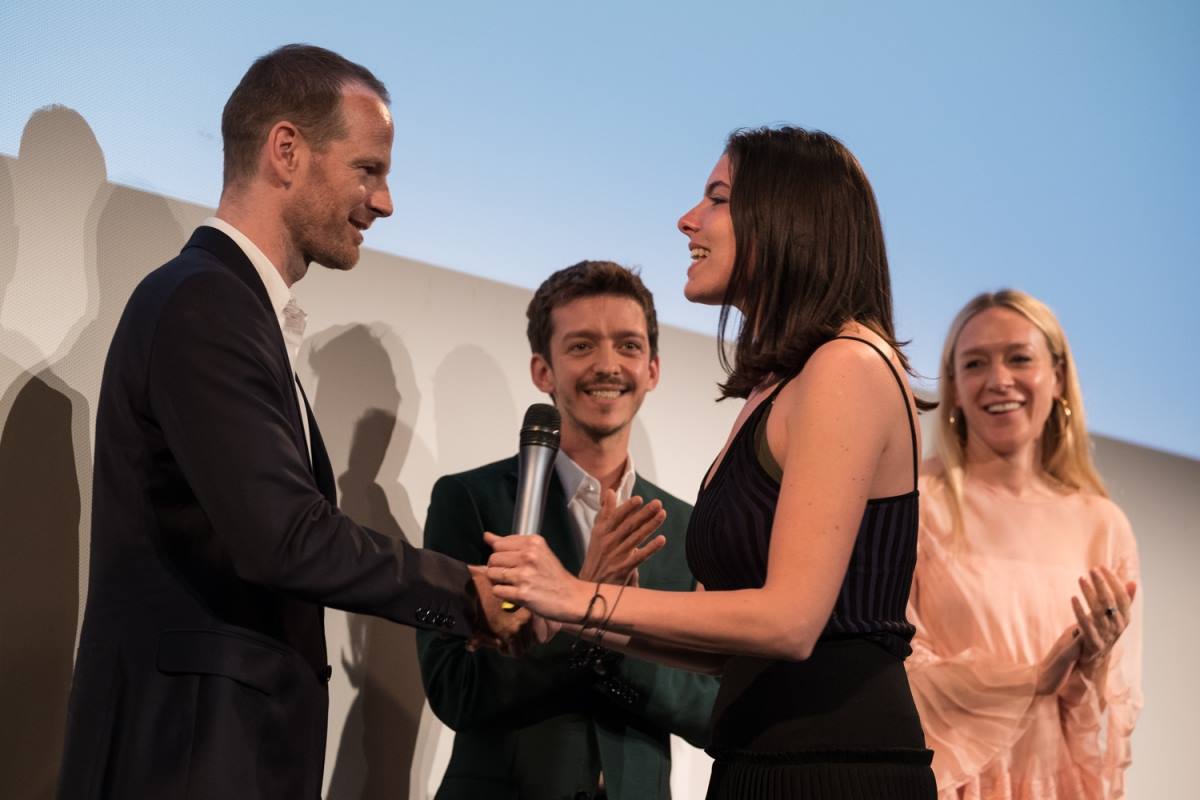 If being chosen for Berlinale Talents is a bell-weather for future success then being chosen twice is surely a sign of great things to come. Jacqueline Lentzou was born in Athens, Greece (1989) and graduated with distinction from London Film School in 2013 with her film ‘Thirteen Blue’. She has since gone on to win the Leica Cine Discovery Award at the Cannes Critics’ Week and The Award in Memory of Ingmar Bergman at Uppsala International Short Film Festival in Sweden, written two feature films, been selected for multiple residencies, had a retrospective of her work held by the Vienna Shorts Festival and the Festival du Nouveau Cinema in Montreal and screened at festivals in all four corners of the globe.

Jacqueline’s work revolves around unconventional family constructs, coming-of-age, intimacy and the dream. Her first feature, ‘SELENE, 66 QUESTIONS’ is a coming of age story about a relationship between a father and a daughter. She participated in the Torino Film Lab with it and won the CNC development fund in 2017. She also took part in the Toronto Talent Lab as well as the Sundance Screenwriting Workshop, where she had the change to discuss her script with Paul Thomas Anderson. Jacqueline hopes she will shoot this in June before she turns 30.

She took time out her very busy schedule to talk to us about listening to your inner voice and turning your nightmares into films.

Sophie McVeigh: Congratulations, Jacqueline, on your second selection for Berlinale Talents. What was your experience of the programme last time?

Jacqueline Lentzou: My first Berlinale experience was back in 2015 when I was developing my short ‘FOX’. I got into Short Film Station*, which was my first workshop ever, so it now has almost a nostalgic tone in my memory, apart from the freezing cold! The selection process involved submitting a script sample and the usually written material requested (intention’s, notes, references etc). I do not know exactly what I have learnt from it - I don’t see such workshops as learning processes, more like evolving cornerstones, and with evolution, you never really know until time has passed. So, we’ll see in the future. 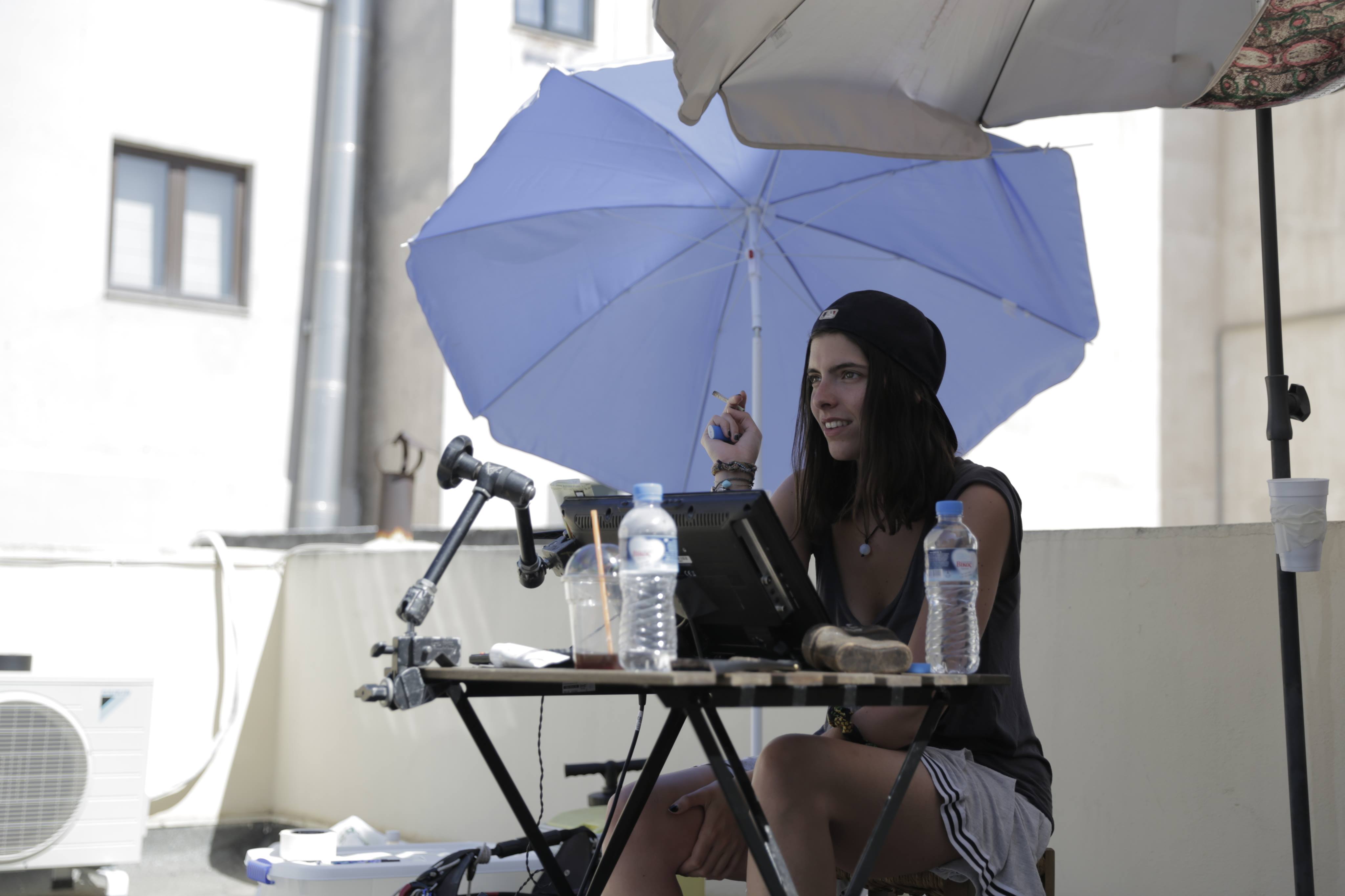 S.M: How does it feel to be selected twice?

J.L: It’s great to be selected again, as I’m participating now with my second feature film and I am very eager to discuss it, both with other filmmakers as well as script people. I guess the upcoming experience will be nothing like the first one since the feature is a totally different situation from the short. It’s like another phase.

S.M: Where are you based at the moment and what are you currently working on?

J.L: I am based in Athens, Greece in an apartment I have to move out of very soon. I am in pre-production for my first feature, developing my second feature and making random notes for another film as well. So, I am working, yet at a theoretical level, which can be frustrating from time to time. Yet, frustration can become a tool, if you are a paranoid person.

S.M: You graduated from LFS just over 5 years ago – looking back, what were some of the most important things you learnt from your time there?

J.L: I graduated in 2013. Looking back and looking closely in the present, for sure what I got from LFS is huge resistance to comments, both negative and positive. It was really tough, and at times heartbreaking, standing in Cinema A, waiting to have your work, your crew and yourself deconstructed. But, there is a huge gift coming out of this, and that is realizing that the degree of subjectivity is immense. Therefore, all you have to listen to and trust is your inner voice. At least this is how it worked with me.

S.M: You've had a great deal of success post-film school - do you have any advice for students who are about to graduate?

J.L: Listen to a LOT of music, write your nightmares and be wild at heart. Cinema comes along these very lines.

* Short Film Station offers Talents the opportunity to further develop their short film script and meet with potential partners to produce their film. Ten selected writers/directors participating in Berlinale Talents are offered a meeting platform with emerging German and international producers as well as the chance to work with a script editor during one-on-one meetings to refine their scripts. The participants get to enhance their projects before taking part in a day of in-depth meetings with producers.