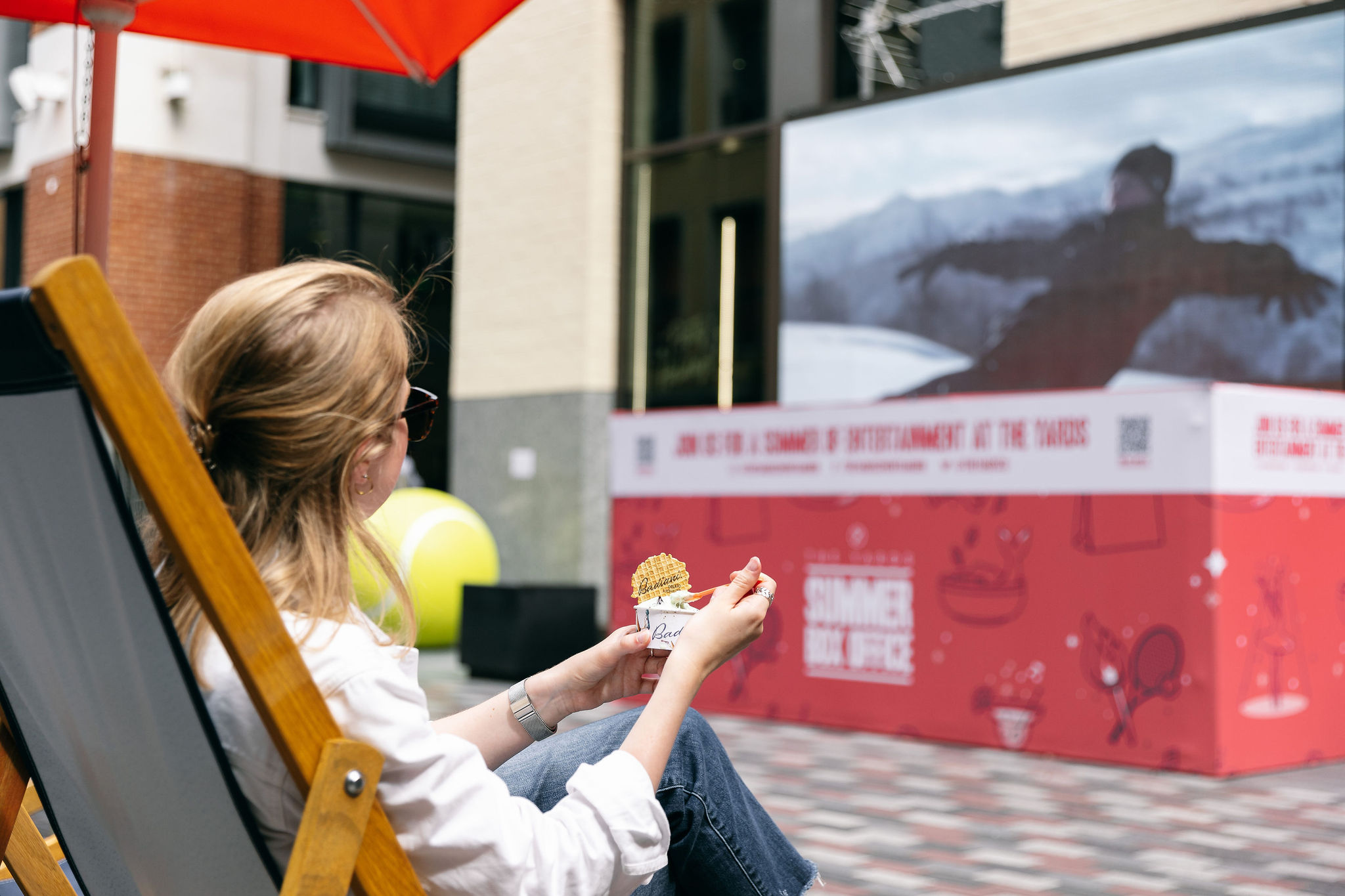 The Yards Covent Garden, in partnership with London Film School, is launching a series of exclusive outdoor film screenings as part of its Summer Box Office programme of alfresco entertainment. Every Tuesday evening from July 13th, movie lovers can head to the hidden oasis in St Martin’s Courtyard to enjoy a series of curated BFI London Film Festival nominated films and Cannes Film Festival’s short film selections from some of the UK’s most promising writers and directors. 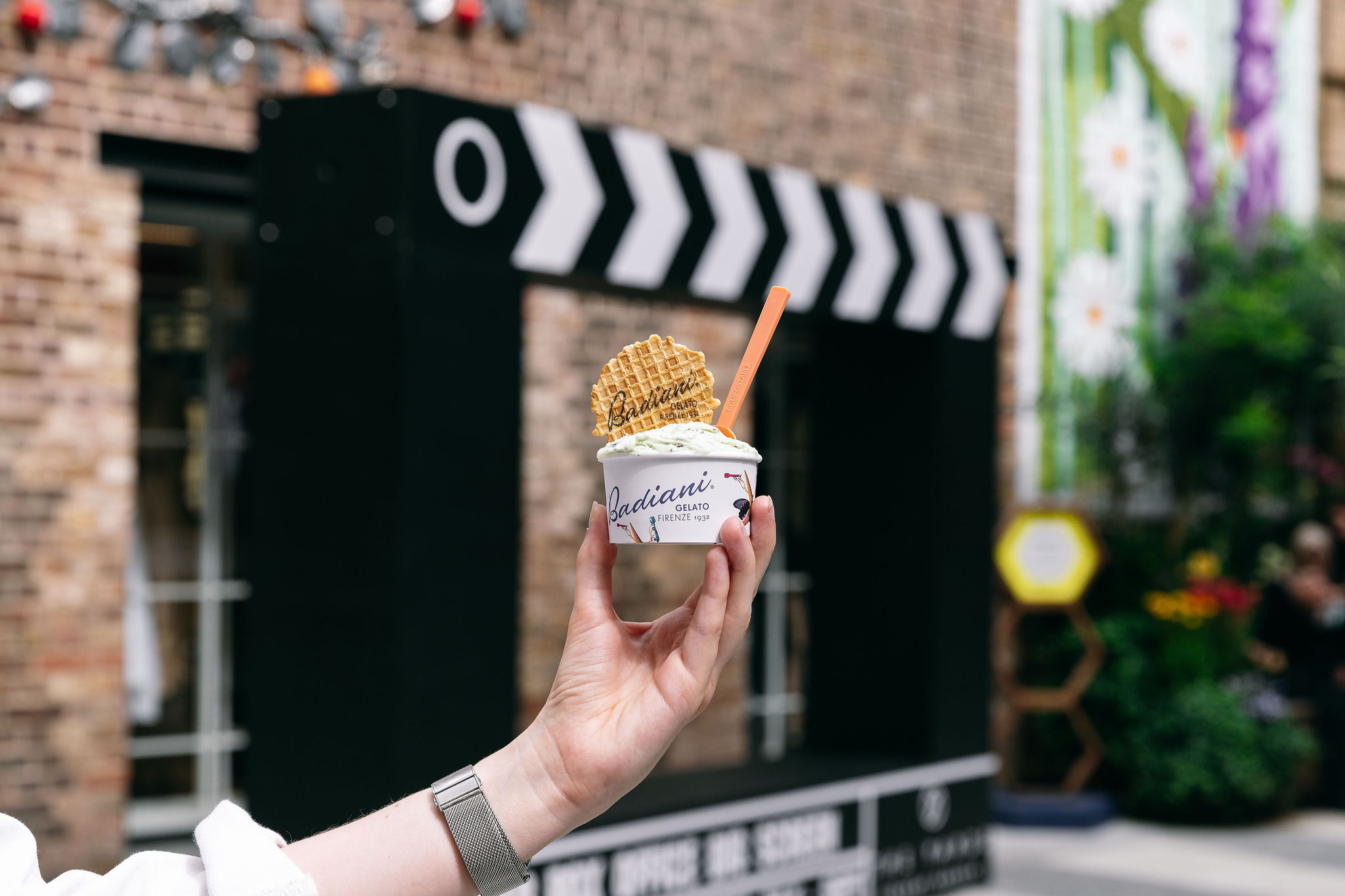 Plus, indulge in delicious drinks and dining offers from The Yards restaurants and bars, including Badiani, the iconic Italian gelato producers who opened their latest London parlour at The Yards in June. Badiani will offer a free small cup of gelato for the first 50 customers who visit the store and quote ‘Summer Box Office’ on Tuesday 13th and Tuesday 20th July after 7pm – the perfect treat to enjoy with a movie.

Visitors to The Yards Summer Box Office can discover a variety of films created by students from the UK’s oldest and most iconic film school, with the series designed to showcase the diverse and creative talent from the next generation of filmmakers. Weekly themes include World Future, with works looking at the future of mankind, Film Festival Favourites with some of the top London Film School picks from films competing in festivals around the world and LFS Archive, with pieces taken from the school’s extensive library.

With over 20 short films being screened for free throughout July and August, those looking for summer evening entertainment are invited on a movie marathon across the globe including: Film Festival favourite Summer Shade by Shira Haimovici capturing Israeli summer days, the discovery of a Mermaid in Cornwall in The Mermaid of Mevagissey by Luc Mollinger and a journey to India to meet a rap-loving Sikh boy who wants a new hairdo in Mast Qalander by Divij Roopchand.  (Full schedule below).

Gisli Snaer, Director and CEO of London Film School, says of the event, “I'm delighted to share with our local community a curated screening programme of unique voices. At 65 years, we are the oldest film school in the UK. Our storytellers have come from all over the world since 1956 and will continue to shine a light onto distinctive stories. I hope you enjoy the historic films of our LFS Archive alongside our graduation films. These works have been created by our gifted filmmakers who have gone on to gather many accolades and continue to create impactful works.”

With delicious drinks offers and seasonal menus served from The Yards’ quality restaurants and bars, as well as great shopping from leading retailers, there’s something for everyone this summer. Located just a two-minute walk from both Covent Garden and Leicester Square tube stations, The Yards is handy for a post-work catch-up with friends and now a mid-week movie too.

For further information and imagery contact The Yards press office at theyards@inklingculture.agency.

About The Yards: The Yards is a series of interconnecting courtyards and streets including St Martin’s Courtyard and Mercer Walk, just a two-minute walk from both Covent Garden and Leicester Square tube stations. An urban oasis in the heart of London’s West End, it’s home to an eclectic mix of shopping, dining and wellbeing experiences, including some of London’s best-loved restaurants, leading fashion brands and world-renowned lifestyle stores

About London Film School:  London Film School (LFS) is the oldest film school in the UK. At 65, LFS remains internationally celebrated forits commitment to film, craft excellence, innovation, and creative freedom. The School is consistently rated as one of the top international film schools, most recently named in Variety's TOP FILM SCHOOLS 2019 and The Hollywood Reporter TOP FILM SCHOOLS 2020. The school is recognised by Screenskills (formerly Creative Skillset).

Currently located in Covent Garden LFS is the oldest film school in the UK. Deeply connected to local and international screen industries, its alumni span the globe, and work in every part of the film industry. Its students have won every major award in the screen industries, and the school continues to foster and nurture the next generation of filmmakers. The School screens over 200 films globally annually. The nominations and awards list spans Cannes, Venice, Tribeca, Clermont-Ferrand International Film Festival, The BFI London Film Festival, Edinburgh, Encounters, Oscars, and Sundance.

With over 220 full-time students, from over 30 countries, it’s a dynamic hub for high-quality filmmaking activity, preparing creative storytellers for the world’s screen industries. We offer three full-time MA programmes, a Ph.D. Film by Practice, and a full calendar of short courses. The School is committed to collaborative practice-based learning and produces over 180 films every year. The result is a dynamic and intensive film environment that creates global networks for life. Every role within LFS plays a key part in shaping future creative professionals, impacting the future of the global creative industries.London Film School is a non-profit educational charity with Greg Dyke as its Chairman of the Board and Gisli Snaer as its Director.