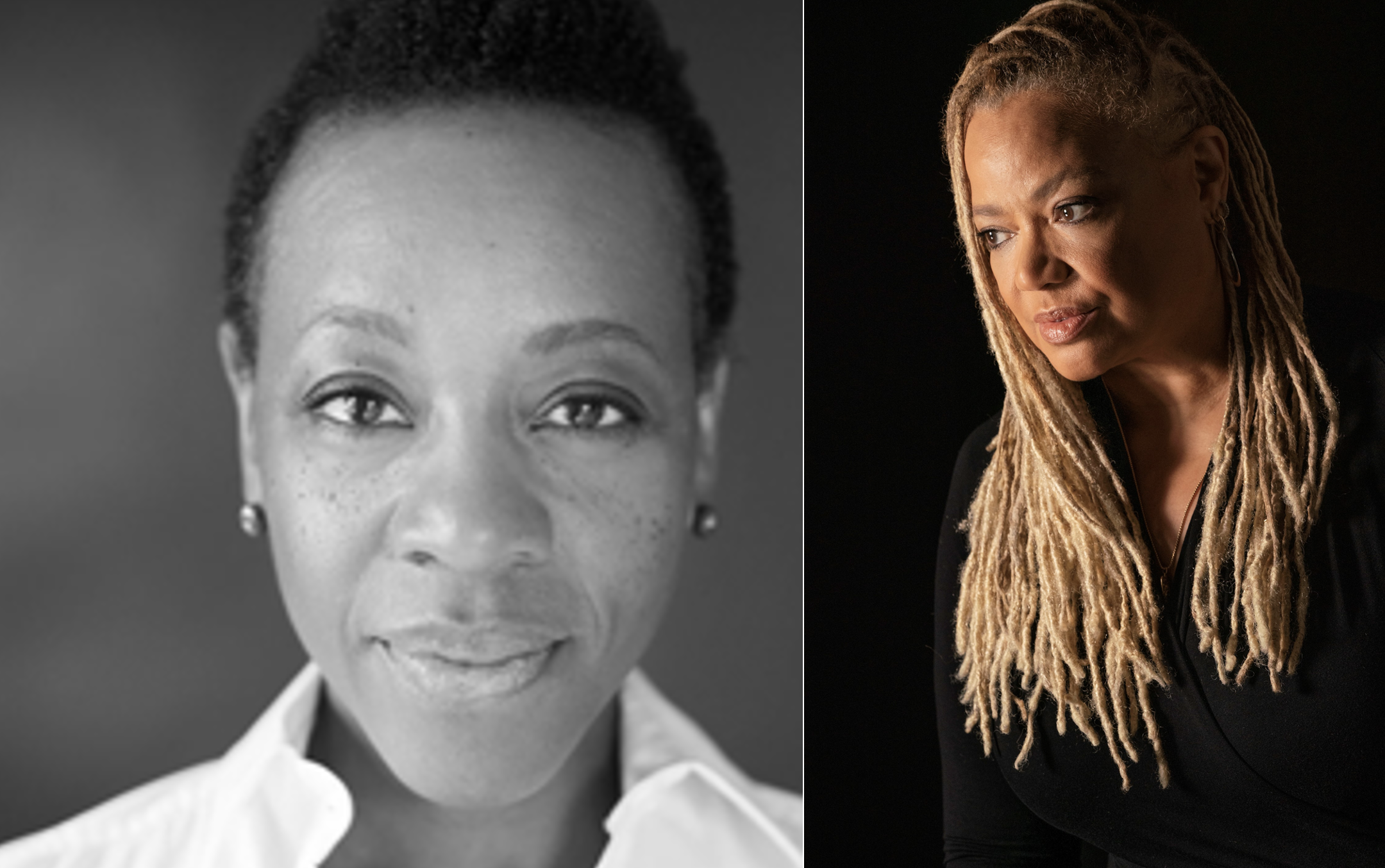 London Film School (LFS), the UK’s longest-standing institution for nurturing filmmaking talent in the UK has announced prolific filmmakers Kasi Lemmons and Marianne Jean-Baptiste as Honorary Associates of LFS. The accolade was awarded by Chairman of the School, Greg Dyke at the School’s annual Graduate Showcase, a digital celebration event for 2021.

Honorary Associates are announced at LFS’ Graduate Showcase, held each year at the end of January. Past Honorees span all areas of the screen industry and in the course of the school’s rich history, have included Abi Morgan, Amma Asante, Asif Kapadia, Stephen Frears, Jim Broadbent, Christine Langan, Tessa Ross, Philip French, Ralph Fiennes, Ken Loach and Lynne Ramsay, alongside the diverse graduates of the School’s film programmes.

The Associates remain an integral part of the School’s wide-ranging pool of industry experts and student mentors for years to come. The School’s Honoree programme is possible with the generous assistance of the School’s Graduation sponsors: Panalux, Sargent-Disc and Final Draft. As part of the Honorary Associate role, they will visit the School during the coming year as part of its long-running Masterclass programme, an exclusive series of industry and alumni-focused events dedicated to the School’s filmmaking students.

Kasi Lemmons is an award-winning director/writer/producer/actor and professor. Her acclaimed 1997 feature directorial debut, Eve’s Bayou, was recently inducted into the National Film Registry and is considered among the first to showcase the beauty of African American Southern culture.

Her fifth feature film, Harriet, a powerful drama based on the life of American icon Harriet Tubman, received Academy Award nominations. Other directing work included Luke Cage, Self Made: Inspired by the Life of Madam C.J. Walker. As an actor, Lemmons appeared in such notable films as Jonathan Demme’s Silence of the Lambs, John Woo’s Hard Target and Spike Lee’s School Daze.

Lemmons has worked extensively as a mentor and educator, and currently serves as an Arts Professor in the Graduate Film Department at NYU’s Tisch School of the Arts. She recently added librettist to her body of work with her featured libretto in the operatic adaptation of Charles Blow’s New York Times bestselling memoir Fire Shut Up In My Bones, written by Academy-Award nominated composer Terence Blanchard which will open The Metropolitan Opera 2021-22 season, making history as the first opera by a Black composer to appear on the Met stage.

She is currently adapting and directing Maaza Mengiste’s novel The Shadow King for the big screen with Atlas Entertainment producing.

Marianne Jean-Baptiste is an award-winning actor/director/writer/composer, known for Without a Trace, Secrets & Lies and Spy Game.

She gained international acclaim following the success for Mike Leigh’s social drama Secrets & Lies, for which she received acclaim and earned nominations for the Academy Award for Best Supporting Actor, the Golden Globe and BAFTA Award in the same category.

As writer and composer, Jean-Baptiste recorded an album of Jazz songs and composed the musical score for Leigh's 1997 film Career Girls. As an actor, Jean-Baptiste has starred in many tv series and films such as Tom Clancy’s Jack Ryan, Without a Trace, Blindspot, Homecoming, Broadchurch, Edge of Tomorrow, Spy Game, Robocop. Jean-Baptiste was praised for her stage performance in the 2013 National Theatre production of James Baldwin’s play The Amen Corner, directed by Rufus Norris.

Under the stewardship of Director & Chief Executive Officer Gisli Snaer, himself an award-winning director, London Film School produces over 180 films annually, with 220 film students hailing from over 30 countries. In 2020, students’ projects screened at 135 film festivals and 27 awards were awarded to LFS films including the Silver Bear Jury Prize for Short Film, Grand Prix at Encounters, BSC Short Film Cinematography Student Prize. Graduates go on to work in the UK screen industry as well as further afield.

Snaer says: “I’m so proud of every graduate from the 2020 cohort. Despite a very challenging time in the pandemic, the entire LFS community has shown yet again its resilience and problem-solving skills. Filmmaking at LFS is a very hands-on, collaborative, education and we have robust plans in place to keep everyone safe whilst students continue their studies. But it’s the ingenuity of every single colleagues and students during this difficult time which has been absolutely astonishing. Our latest crop of filmmaking talent showcases, once more, their immense creativity and incredible talent.”

LFS is a non-profit organisation dedicated to the education of filmmakers from the UK and the rest of the world. It aims to be the world's leading international conservatoire of filmmaking. LFS offers MA, PhD and part-time workshops programmes focused on aesthetic achievement, craft excellence, creative collaboration and artistic freedom. It acts as a centre of inspiration for graduate students and working filmmakers, fostering professional development, innovation, research and scholarship across all practical areas of film.

For over 65 years, London Film School (LFS) has been the place for emerging creative talent to hone their craft, find their voice and engage directly with the vibrant UK screen industries. With a student cohort from every corner of the globe, LFS has always been a cultural hub where fresh voices, experiences and perspectives rub shoulders with tradition and history. The story of film has played out at the LFS’s headquarters in Shelton Street – the pull of celluloid, alongside the push of the new and the emergence of a digital world. Here, we take both seriously to celebrate a tradition of innovation.

LFS is built around a conservatoire model, providing a hothouse environment for intense creative work. Our MA programmes in Filmmaking, Screenwriting and International Film Business are recognised by Screenskills. Our staff and visiting lecturers are connected to the UK and global industries, bringing their experiences into the everyday practice of teaching at LFS. Balancing the mastering of technical skills with the creative development of ideas.

Panalux is a leading lighting rental company, offering technical expertise and unparalleled customer service to feature films, series, commercials, live events, and more. An in-house R&D department and dedicated engineering team facilitate production-specific customisation services as well as the creation of proprietary fixtures such as the Tektile, Panalux Sonara 4:4 and H40. With offices throughout the U.K. and in France and South Africa, and with a fleet of more than 220 vehicles, Panalux services are available globally. Panalux is part of Panavision’s portfolio of renowned brands, which includes Light Iron, LEE Filters, Direct Digital and Island Studios. For more information and locations worldwide, visit Panavision.

Final Draft A Cast & Crew Company, has published Final Draft® software – the number-one screenwriting application in the world – for 30 years. Final Draft automatically paginates and formats your script to industry standards, allowing writers to focus on what they do best – writing scripts. Used by such industry giants as J.J. Abrams, James Cameron and Aaron Sorkin, Final Draft software is the professional’s choice and the entertainment industry standard. In addition to its flagship software product, Final Draft offers the annual Big Break® Contest, a screenwriting competition that launches careers and awards over $100,000 in cash and prizes. Final Draft also offers Final Draft Mobile for iPhone and iPad, making creativity truly portable. To learn more about Final Draft and its products and services, visit www.finaldraft.com

Sargent-Disc, a Cast and Crew company, provides a full range of integrated payroll, accounting and software services tailored to the needs of production and business. Working in the movie business means that we understand the pressures involved with working to tight schedules and deadlines. Sargent-Disc prides itself on being able to meet these for production and for your business. Sargent-Disc’s end-to-end digital payroll and auto-enrolment workflow includes CrewStart™ start forms, contracts and timesheets, secure payroll messaging and reporting, and online payslips accessible by employees. The system has been designed to allow safe, efficient, remote working for production and accounts teams.