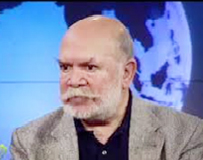 Ignacio Durán Loera, an acclaimed filmmaker, was the Mexican Embassy’s Cultural Attaché responsible for promoting Mexican arts and culture in the UK.

Minister Durán received a BA in Law at the National Autonomous University in Mexico and worked for several years as a lawyer specialising in labour law. In the early 1970s he received a Masters degree in Cinematography from the London Film School and worked for the BBC and ITV. He returned to Mexico in 1975 where he worked in the film industry as a director and producer of feature films, documentaries and television programmes. He has co-produced several films such as the highly acclaimed Como agua para chocolate.

A year later he became Deputy Director of the National Institute of Fine Arts and was later appointed Head of the Education and Cultural Production Unit at the Ministry for Education. He has served as Director General of the Mexican Film Institute and as Vice President for Production at TV Azteca, one of the largest television networks in Mexico. Before coming to the UK he also served as General Director of the Mexican Culture Institute in Washington DC.

He has lectured extensively on Mexican Cinema at the Universidad Anahuac and given seminars about the history and evolution of the Mexican Cinema.