Directors' Prep: Everything You Need to Know Before You Shout ‘Action!’

Directors' Prep: Everything You Need to Know Before You Shout ‘Action!’

“I have worked as a director for 25 years making films for the cinema, television dramas and documentaries, both in the UK and in Sweden. I realised very early on in my career that a film is made in the preparatory stages of a production.

Naturally, I have come to refine my work during pre-production over the years.

No two projects are the same; the problems and challenges are different, sometimes unique. But as a director, there is a series of steps you go through each time you set out to tell a story through a visual medium, and each step involves a number of other people necessary for the realisation of your film.

The course will take a very practical approach; participants will study a screenplay that has already been produced for television and we will work our way through each step, as outlined below. We’ll conclude by watching the finished film and asking could have been done differently or better."

"The way Jonas Grimås teaches makes it clear that you could not have acquired the information otherwise... Looking back, his course was like a mosaic that brought together every piece that I had understood from previous film work and education - and made it make sense." Katharina List, 'Directors' Prep' participant Jan 2014. Read full testimonial.

The script for a 45 minute television drama will be distributed. Participants will be asked to spend some time studying it individually.

The following issues will then be addressed as a group:

5. Working with the Writer and/or Script Editor

The group will be asked to contemplate the following question overnight: What is this script really about, beyond the story? Responses to be discussed at the start of day two. 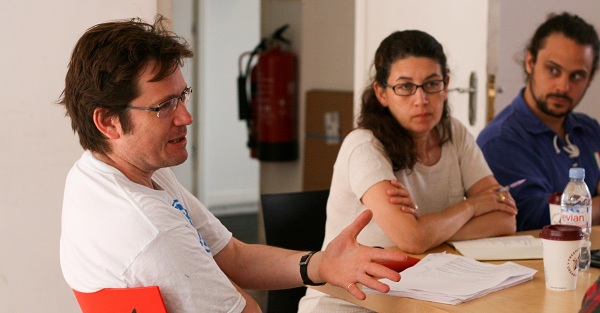 Day two will start with a discussion: What is this script really about, beyond the story?

The workshop will conclude with a screening of the finished film, followed by discussion and general question time. 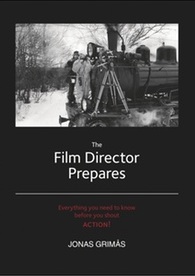 Now available! 'The Film Director Prepares' a 147-page book written by Jonas Grimås based on his workshop at LFS. Order a copy via this link.

Books cost £10 per copy, plus postage (£2 UK, £5 Europe, £7 most other countries). Postage costs will be confirmed before you submit payment.

Partcipants attending this workshop will receive a free copy on arrival!

First Film Summer School
Directors' Prep: Everything You Need to Know Before You Shout ‘Action!’

Named Cultural Personality of the Year by the Stockholm Cultural Award in 2011, Jonas has been based in London since 1988 where he has has worked on a number of British crime dramas, including HAMISH MACBETH with Robert Carlyle, SILENT WITNESS and SECOND SIGHT: KINGDOM OF THE BLIND starring Clive Owen, HOPE AND GLORY with Lenny Henry and THE HELLO GIRLS for the BBC. He was also a regular contributor to ITV’s HEARTBEAT having directed thirty episodes.

Having worked on British crime dramas, Jonas also took on a string of Swedish productions including the infamous WALLANDER films based on Henning Mankell’s novels. He directed two Wallander films, THE TRICKSTERS and THE PHOTOGRAPHER, before taking on the high profile job of turning Camilla Läckberg’s best-selling novels ISPRINSESSAN (The Ice Princess) and PREDIKANTEN (The Preacher) into television.

Jonas recently completed MIKE THE MIDWIFE, a comedy pilot for Channel Four, IGNOBLE NIGHT, based on Shakespeare’s play Cymbeline, LOVE AND LUST ACCORDING TO MEISNER and a string of observational documentaries: 300, FAKING IT, ELGAR'S TROMBONE, A SHOT OF GLASS, DELPHINE'S TOP and PAINTING EURYDICE. He has also transferred the stage plays LOCKED UP and FORE! and a concert performance of Mozart’s THE MAGIC FLUTE to the screen and, since 2008, made 120 short films under the title MY UNEVENTFUL LIFE.

Booking instructions will appear here as soon as new dates are confirmed. In the meantime, please register your interest.