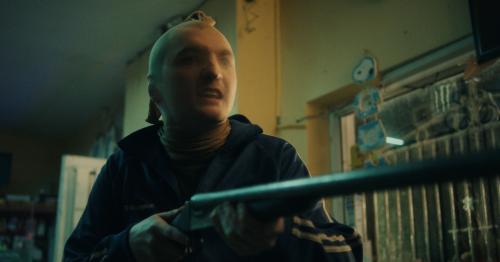 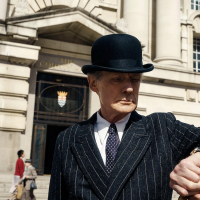 The 79th Venice Film Festival will be taking place from 31st August to 10th September and is one of the highlights of the year for the film and screen industries. We are thrilled that the achievements of our alumni and staff have been recognised. 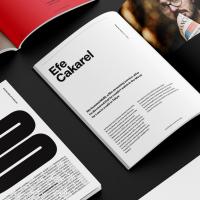 London Film School’s annual Graduate Showcase 2022 has now come to an end. The event ran online in January 2022 and at the BFI Southbank for five days in July 2022. 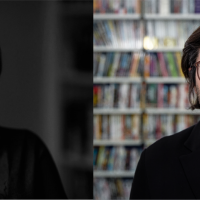 London Film School has announced screenwriter Heidi Thomas and Efe Cakarel, Founder and CEO of MUBI, as Honorary Associates of LFS. The accolade will be awarded by Chairman of the School,  Greg Dyke  at the School’s annual Graduate Showcase, at the BFI in London, at the LFS Graduate Ceremony on Friday 29th July. 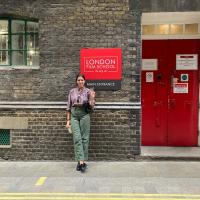 In June, Horace Ové, who studied for a Diploma in Filmmaking in the 1960s, visited Buckingham Palace and was given his knighthood in the 2022 New Year Honours for services to media. Horace has been credited by Guinness World Records as being the first black British filmmaker to direct a feature-length picture, with Pressure in 1976.

Steven won the BEST CINEMATOGRAPHY AWARD at THE NEW YORK INTERNATIONAL FILM FESTIVAL in May for a film he was Director of Photography on called "DO YOU LIKE CHINESE?".
Congratulations.

Enric's feature "TEMPUS FUGIT" has just been awarded twice in the USA. He says

Last week the San Francisco International Film Festival awarded
Tempus Fugit the Golden Gate Award to Best Narrative
for Televisión, Long Format.
The award was given by a panel that chose amongst
200 TV Movies and TV series from all over the world.

This awards must be added to...

MIKE LEIGH IS A CRITICAL HIT

Our Chairman, Mike Leigh, has been honoured for Distinguished Services to the Arts by the Critics' Circle at a special lunch held at the Chelsea Arts Club. This announcement in THE STAGE newspaper goes on to say "The film director and playwright was presented with his award by vice-president John Marriott and president Mike Dixon. Past winners have included Ian McKellen, Harold Pinter and David Lean.

His best known stage play "ABIGAIL'S PARTY", recently revived at Hampstead Theatre. He is currently writing his first play for 11 years, to be presented at the National Theatre."

Martin Stitt - Course 143 - is pleased to announce that his first feature entitled "NINE DAYS OF HELL" - "our homage to Roger Corman, the King of low budget film making, is having its world premiere at the Fearless Tales Genre Festival in San Francisco. Screening alongside titles such as 'REX STEELE : Nazi Smasher' and 'Teenage Bikini Vampires' - which gives you a flavour for the festival!"

For more information please check out the website http://www.fearlesstales.com/site/