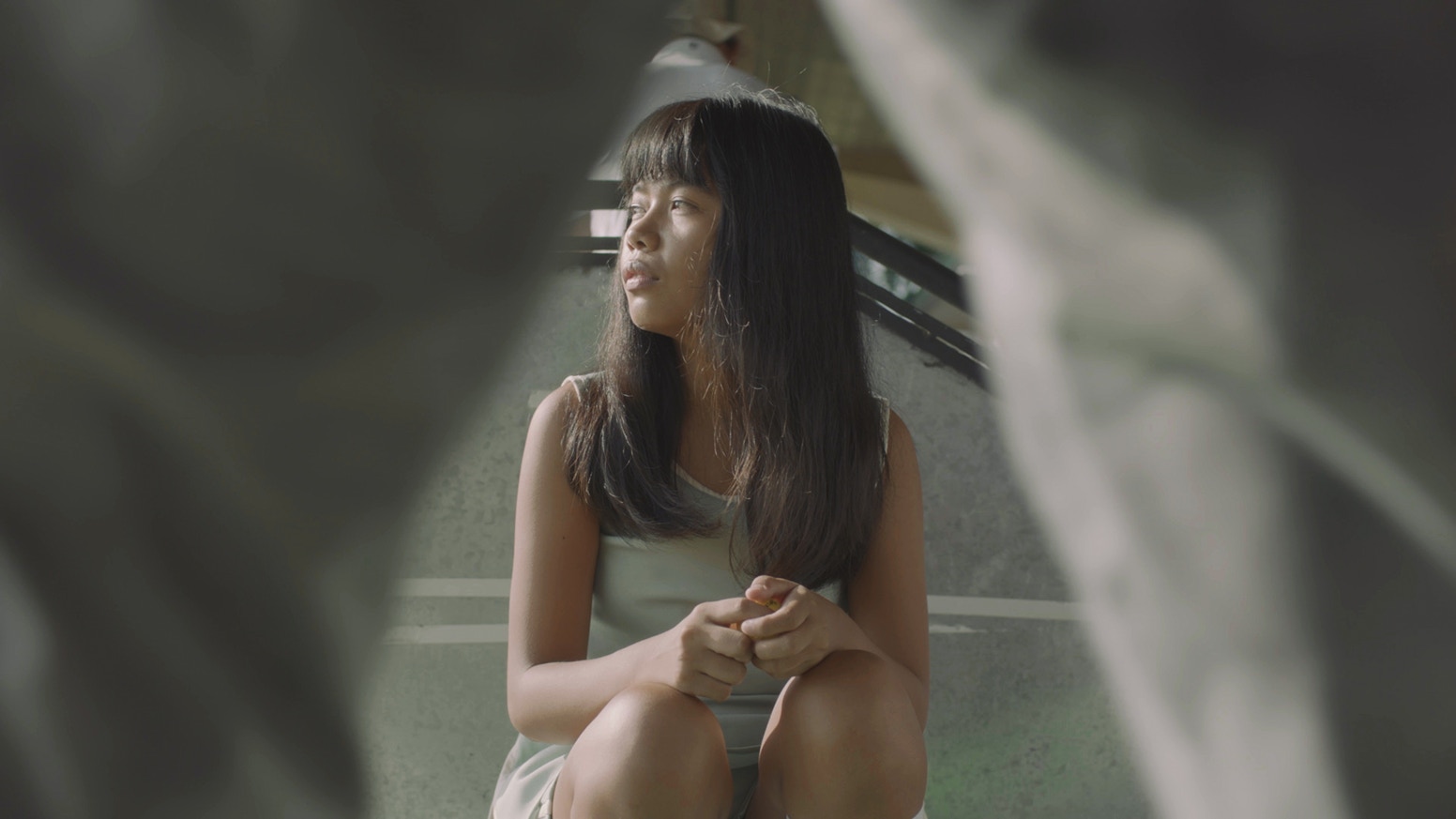 We are enormously proud of the Silver Bear Jury Prize win for Rafael Mendoza’s (MAF 192) graduation film Filipiñana at the 70th Berlinale. Read all about the film and the award-winning team behind it here. The film has also been selected to screen at this year's Go Short International Short Film Festival Nijmegen in the prestigious student competition.

Congratulations to Kyla Simone Bruce (MAF 173) on the cinema release of her feature film Undocument. She spoke to BBC News here about the shocking stories of migrant children that she focuses on in the film.

MA Screenwriting alumna Eva Trobisch (MAS 10) was a member of the jury for the Encounters competition at this year's Berlinale, the first time the strand has appeared at the festival. Also in Berlin, Los Fantasmas, directed by LFS graduate Sebastian Lojo (MAF 185) and worked on by a whole crew of LFS alumni (read more here), screened as part of the Critics' Week. 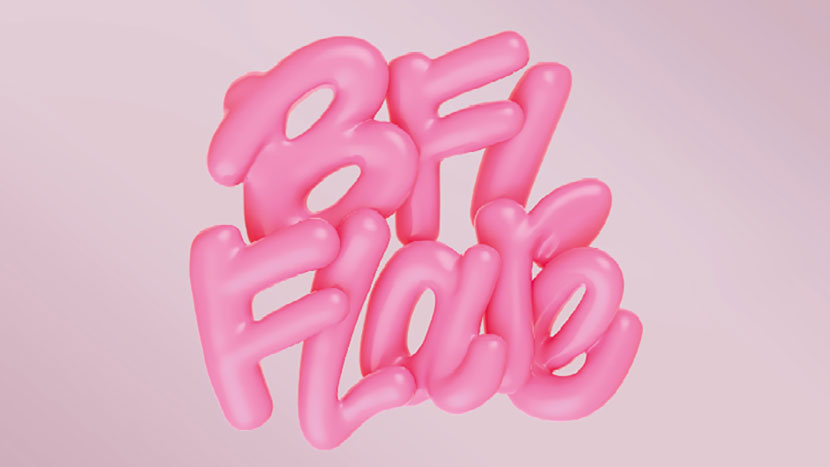 Save the date! Franco Volpi’s (MAF 187) graduation film Sol de Agosto will close out its very impressive festival run with its online premiere on Short of the Week on 13 March.

Read a BBC News article on new work by Victoria Hayford (MAF 180) who has put together ‘Graphic Novel for Luton’ with Arts Council England funding.

Huge congratulations to Andrew Montague (MAF 192) who has been nominated for his graduation film My Other Suit is Human at the Irish Emerging Directors Awards in the Best Student Short category.

Coup 53 continues its festival run following the BFI London Film Festival last year with screenings at CPH:DOX 2020. Alumna Fateme Ahmadi (MAF 171) was an Associate Producer on the project. Coup 53 was edited by Honorary Associate and Master Filmmaker Walter Murch. Walter Murch has been editing sound in Hollywood since starting on Francis Ford Coppola's film The Rain People (1969). He edited sound on American Graffiti (1973) and The Godfather: Part II (1974), won his first Academy Award nomination for The Conversation (1974), won his first Oscar for Apocalypse Now (1979), and won an unprecedented double Oscar for Best Sound and Best Film Editing for his work on The English Patient (1996). Most recently he helped reconstruct Touch of Evil (1958) to Orson Welles' original notes, and edited The Talented Mr. Ripley (1999).

Gaelle Mourre’s (MAF 176) Mechanical Souls XR installation was named by Forbes as one of the Top 35 XR Installations of 2019. Trailer: https://youtu.be/b3gZ78Qh4Cg

Alvaro Gago (MAF 175) has been selected by Madrid’s ECAM incubator with his debut feature, Something Similar to Happiness.

Andrea Niada (MAF 182) has written and directed a new documentary short titled An Afghan Education that will screen at the 47th Athens International Film and Video Festival. The short traces the work of the charity founded by Niada’s parents to build schools in Afghanistan.

Shalini Adnani (MAF 186) will join this year's Locarno Film Festival Workshop as one of eight participants working with director Alice Rohrwacher. Coming from as far afield as Thailand, the USA, Russia, Chile and Spain, the eight participants will arrive in the Canton Ticino during the period of L’immagine e la parola (28 – 29 March 2020) and will have nine days to complete their short films, together making an anthology feature that will be presented at the 73rd Locarno Film Festival (5 – 15 August 2020). 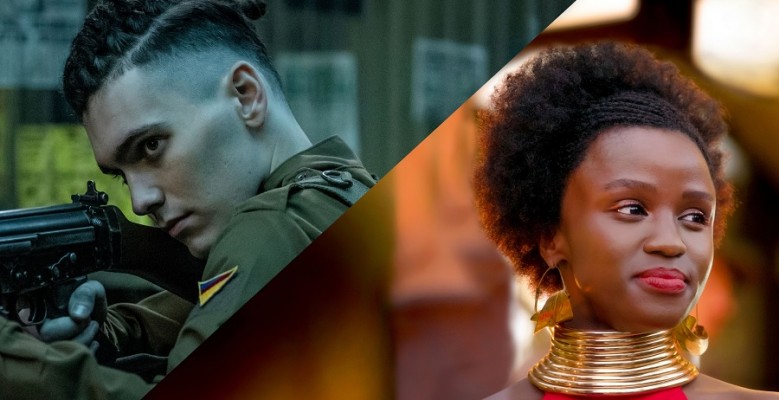 MAS graduate Hilary Burgoon (MAS 13) has had her screenplay, Duck, advance to the quarterfinals of the Atlanta Film Festival Screenplay Competition.

Congratulations to John Powell (MAF 195) on the screening of his film Rottweiler (made as part of the National Youth Film Academy scheme) at the ODEON BFI IMAX on 5 February. John is one of the National Youth Film Academy Emerging Brits Industry Showcase for 2019. The Showcase took place at the ODEON BFI IMAX, the largest cinema screen in Europe in front of over 250 of the UK's top Casting Professionals, Agents and Production Companies.

Screenwriting graduate and PhD student Gonzalo Maza (MAS 12) has been featured in Variety's list of "10 Latinx to Watch" for 2020. Gonzalo is a writer and producer, known for A Fantastic Woman (2017, Golden Globe Best Motion Picture nomination, Oscar winner of Best Foreign Film), Gloria (2013, story for Gloria Bell) and This Is Cristina (2019).

London based cinematographer and LFS graduate Nathalie Pitters (MAF 184) has been signed to the Worldwide Production Agency on their DoP roster. Check out her amazing work on her website here. Nathalie has worked across film (16mm & 35mm) and digital mediums in short fiction, documentary, fashion promos, commercials, and music videos in the UK and abroad. Her approach to visual storytelling comes from a rich and varied background due to the combination of her British upbringing, Congolese-Italian-Greek heritage and her four years spent living in Tokyo, Japan. In 2015 she was awarded the CTBF John Brabourne Award for Emerging Talent sponsored by the British Cinema and Television Veterans (BCTV). Previous clients include Stink Films, Pulse Films, Black Dog Films, Greatcoat Films, The Guardian, My Accomplice, Louis Vuitton, Tate, Nike, ASOS, Mulberry, Nowness, Dazed, and i-D, among others. Nathalie's work has played at international film festivals, has been broadcast on BBC4, and has been shown on the main stage at the Glastonbury Festival.

We Choose To Go, the graduation film of Marlene Rios (MAF 191) has been nominated for Best Student Film at the L.A. Festival of Cinema.