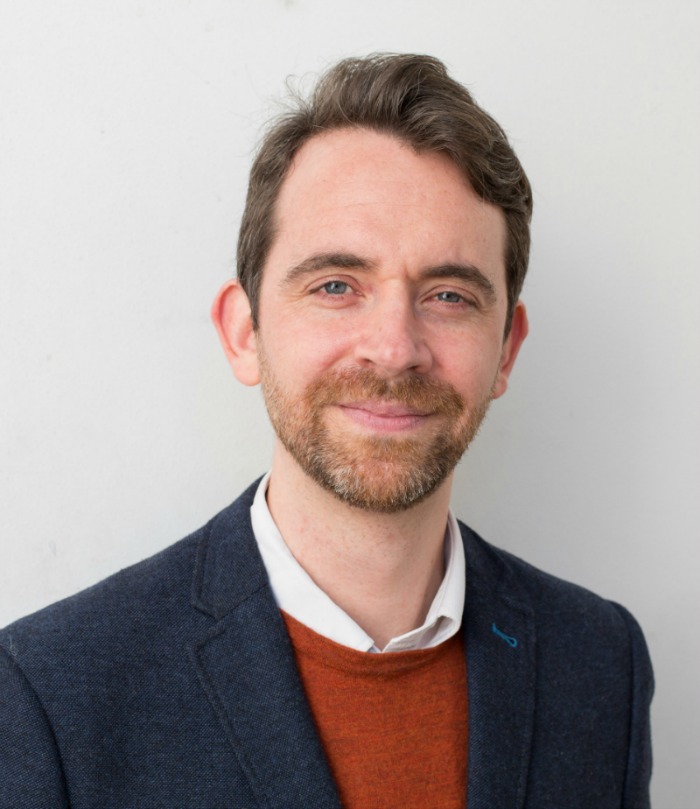 London Film School (LFS) has appointed Dan Lawson as Chief Operating Officer. The COO is a new role and member of LFS’ executive team, created in response to the growth and future plans of the School. Lawson’s appointment rounds out the executive team following the appointment of Gisli Snaer as Director in June 2018, coming after Greg Dyke’s appointment as Chairman in April 2018.

He joined LFS in 2016 after stints with both Creative Skillset and Creative England, bringing extensive experience as executive producer for the West Midlands Production Fund where projects included the Michael Powell Award-winning One Mile Away, the debut season of Jed Mercurio’s hit ‘Line of Duty’, and Stephen Poliakoff’s ‘Dancing on the Edge’, as well as running major creative industries initiatives such as the London 2012 Olympic and Paralympic Games youth filmmaking programme.

Lawson will lead the implementation of the School’s strategic initiatives, as well as being a spokesperson for the School on regional, national and international matters. He’ll be championing two major initiatives on behalf of LFS: completing the move to a world-class campus at London City Island, part of ambitious plans to establish a new cultural hub in East London, whilst delivering significant fundraising in support of improving access to the creative industries for underrepresented groups.

Lawson said: “I’m thrilled to be taking up the COO position with London Film School. These are very exciting times at LFS, with big plans for supporting talent both in the UK and from around the world, a new home on the horizon, a wonderful teaching staff full of inspiration, expertise and wisdom, and of course our incredible students who continue to amaze us year after year with their work. The future is bright for LFS and it’s a privilege to be a part of.”

Director, Gisli Snaer stated, “We are delighted to have appointed Dan as our Chief Operating Officer. The recruitment panel was impressed with Dan’s grasp on how the School’s operations need to evolve to ensure LFS is equipped for the future and able to offer the best experience for our students, staff and the wider community. This new appointment will help build on LFS’ successes and deliver our ambitious plan for the future. Dan’s skills complement the existing Executive Team’s expertise. I look forward to working with him and the team, realising our full potential.”

Dan’s career spans a range of creative industries roles, with the development and support of new filmmaking talent a running thread throughout. At London Film School, Dan has overseen the school’s successful running alongside managing the world-renowned LFS Workshops professional training programme and developing new outreach projects bringing film industry opportunities to under-represented groups around London and the UK.

Previously, as Head of Production & Development at Screen WM, Dan ran multimillion-pound film and TV investment funds supporting both production and development, with projects garnering BAFTAs, Golden Globes and many more awards. Projects backed include Line of Duty, Dancing on the Edge, One Mile Away and Nativity! 2. He has helped to develop a raft of British filmmaking talent including developing and commissioning more than 50 short films with the UK Film Council/BFI and working with the best up-and-coming writing, directing and producing talent.

Dan has also delivered major creative industries projects including Film Nation: Shorts, the official UK-wide young people’s filmmaking competition of the London 2012 Olympic and Paralympic Games. During nearly three years at Creative Skillset, he ensured professionals and businesses in film, television, animation, VFX and games had access to the best training in the UK. He advises creative content funds on prospective investments and is a trustee of Flatpack Projects, the team behind the critically-acclaimed Flatpack Film Festival.

Founded in 1956, London Film School is the UK’s first film school. It produces over 180 films a year via its Masters' programmes. LFS students and alumni continue to perform exceptionally well on the festival and awards circuit, from Berlin to Venice, BFI London to the Academy Awards.

LFS alumni are established in film and television production in more than eighty countries. The long list includes world-renowned filmmakers, including Mike Leigh, seven times Oscar nominee, winner of Cannes' Palme d'Or and Venice Golden Lion, to name just a few of the many accolades received throughout his long career as a leading filmmaker. Other distinguished alumni include world-renowned filmmakers such as Michael Mann, Ann Hui and Duncan Jones to writers David Thomson and Iain Sinclair as well as emerging talents like Gonzalo Maza, co-writer of ‘Una Mujer Fantástica’ (‘A Fantastic Woman’), winner of Best Foreign Language Film at the prestigious 90th Academy Awards.

Greg Dyke recently joined as Chairman of London Film School at a time of major change for the School, including plans to relocate from its present home in Covent Garden to London City Island (LCI). There, it will join the English National Ballet in one of the growing numbers of cultural hubs springing up in East of London. The move to LCI will allow LFS to broaden its student base, offering its unique model of practical filmmaking and talent transformation to a larger number of UK students, meeting both individual aspirations and the skills needs of the UK film industry at a time of significant change.

London City Island will comprise 1,700 new homes set on an island of 12 acres, with independent artisan restaurants, shops, creative hubs and al fresco spaces. The development takes its inspiration from the area’s maritime heritage, with bold primary colours and making use of its waterside surroundings with river walkways. Additionally, all Island residents will become members of the City Island Arts Club, the island’s own private residents’ club which includes a striking red swimming pool of bright, seafaring red tiles - the trademark hue which appears throughout the island. Phase one, developed by Ballymore, is now complete and fully occupied, Phase two by EcoWorld Ballymore is currently under construction.