On rising star Jonathan Majors, and the roles that have made him 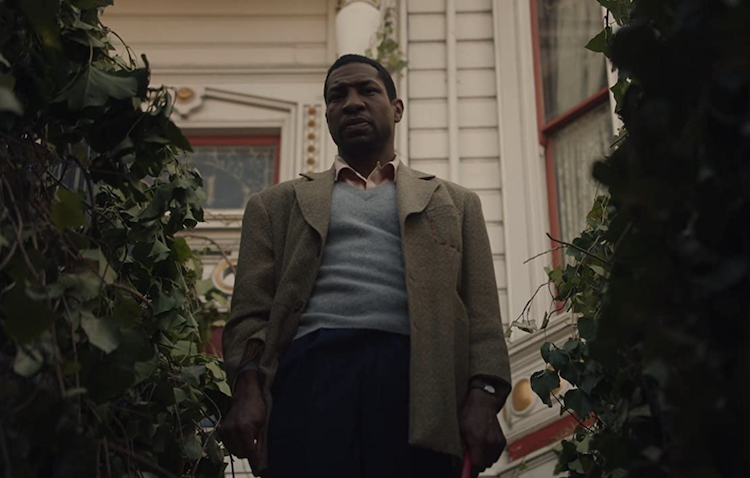 Jonathan Majors in The Last Black Man in San Francisco (2019)

Here comes Atticus Freeman; adventurer, scholar, Chicago South Sider, and monster killer. Atticus is the central character of Lovecraft Country, which is not only presenting stories we’ve never seen from Black characters before but is also arguably the best show on television. It may well be a star-making role for lead actor Jonathan Majors after twelve months of incredible supporting performances.

A graduate from the prestigious Yale School of Drama, Majors has repeatedly demonstrated both an impressive range of performance and an excellent eye for scripts. There’s a certain quietude to his presence, which translates well to the innocent, naïve characters he often plays.

Recently Majors’ performances have grown more complex, with intriguing new dimensions. While there is always a boyish charm to his characters it belies a deeper energy, which matches Majors’ own ambition and drive. Speaking to the NYT he explained, “My intention was always to share my experience on the largest stage possible, because I’m willing to hurt more.” At the flick of a switch he will suddenly burst into a rage, yell out his passions, or tenderly forgive someone with nothing more than a look.

Over the past twelve months Majors has appeared in three defining projects: The Last Black Man in San Francisco, Da 5 Bloods and finally Lovecraft Country. Each is a consummate example of contemporary Black storytelling in their own fascinating and unique ways.

The Last Black Man in San Francisco is a rare film in the gentrification genre. Inspired by San Franciscan artist Jimmie Fails’ own experience, it follows Jimmie (playing himself) as he’s made homeless due to rising property prices. The film is a light-hearted but melancholic look at a culturally violent side-effect of wealth inequality. Jimmie would likely have disappeared completely if not for the support of his best friend Montgomery Allen, played by Majors as an open book; quietly observing while taking down notes for his latest play. Yet Monty is key to the film’s message as he’s the only one who truly sees Jimmie. He teaches him that he can’t be defined by his lack of property, that to be the last Black man in San Francisco is both brilliant and terrible. Brilliant that Jimmie remained resilient, terrible that San Francisco willingly lost one of its own. 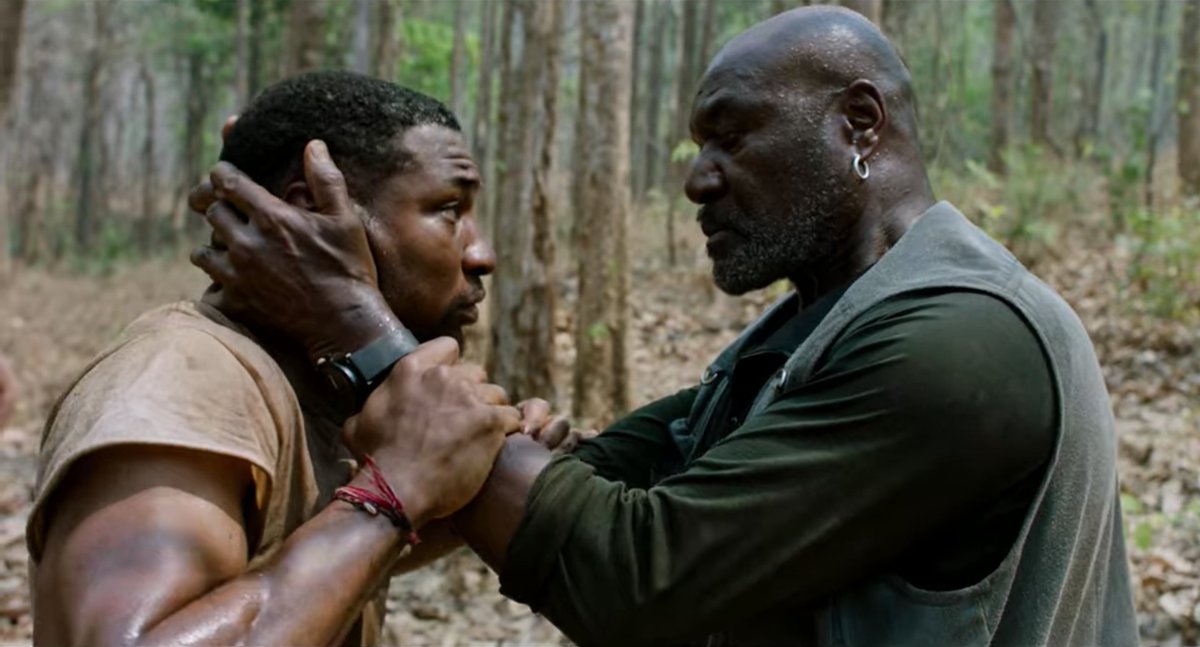 As David in Da 5 Bloods,Majors again appears to be a background character, albeit a more boisterous one. Crashing his father’s return to Vietnam, David demands to accompany him and his comrades as they search for their fallen leader.

Spike Lee’s story of Black Vietnam vets is another cinematic rarity, and released just weeks after the murder of George Floyd, it packs a hefty punch. It has a masterful command of history, undauntingly jumping backwards and forwards, with excellent use of mixed media to show that, for the Bloods, this war was just a single moment in a much larger struggle. They did not fight to defend America, but for the America that is yet to be.

Major’s role is again key, as David has grown up under the shadow of his father’s trauma. It is ironic that when the film flashes back the Bloods arguably feel safer, suggesting that the traumatic mental wounds of war affect them more than their idealised memories of the conflict itself. David isn’t used as an outsider’s perspective on Vietnam. Instead, he’s made to feel the loss of a man and the fallout of a war he never knew, learning that he’s actually the next chapter in a long, unfinished story.

Which brings Majors into his first leading role. There truly aren’t enough words to praise Lovecraft Country. Produced by Jordan Peele, the show consistently breaks new grounds in horror with top of the range practical and visual effects. However, it is creator Misha Green who truly makes the show. Based on the stories of the celebrated but notoriously racist H.P. Lovecraft, the show flips his fear of the Other on its head. Green’s characters are instead taken on a fantastical adventure through Jim Crow America which sees them raiding sunken pirate ships, exorcising ghosts, or going on inter-galactic journeys. 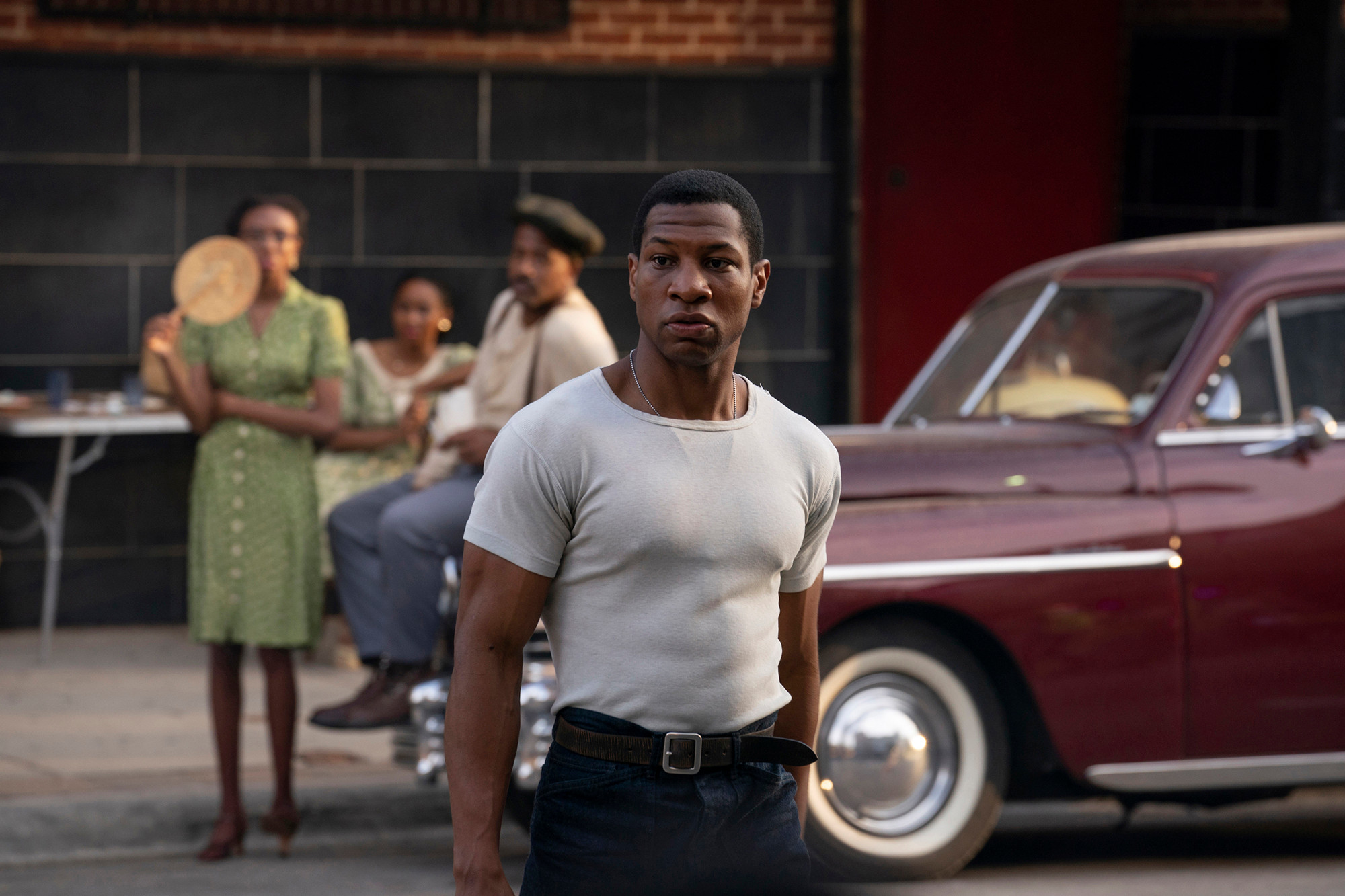 Led with tenacity and charm by Atticus Freeman, everything that was hidden in Majors’ other roles is finally brought to the fore, with the horror genre proving the perfect platform for his talents. “If you see someone experiencing fear it expands their humanity,” said Majors in a Guardian interview, “If the audience sees that fear, everyone grows collectively.” He’s an effortless hero and it is a joy to watch him bound from one adventure to the next. The series covers nearly every genre, not a sign it’s overcrowded, but proof there’s an abundance of stories to be told.

This year in particular, it has become a necessity to promote new voices to tell their own stories and for audiences to listen, engage and respond to them. Majors’ hot streak looks to be perfectly timed, with still more to come. Recently cast in an as yet unconfirmed part in the third Ant-Man film, Majors’ roles are about to go cosmic; but then he was already well on his way.

This article was written by Jack Cameron, as part of our partnership with the film critics at One Room With A View. As a vital part of the creative feedback loop and artistic interpretation in the film industry, we’re proud to support their community of writers.

This piece has been commissioned during our LFS Film Festival edition for October: Black History Month.

London Film School is one of the world’s key graduate film schools and retains the position of film education’s most cosmopolitan institution. Our graduates are established filmmakers in more than eighty countries. Find out more about London Film School’s MA courses in Filmmaking,Screenwriting, and International Film Business.